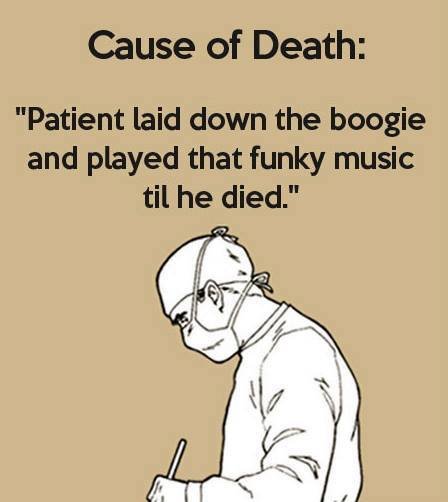 Help me! I’m in trouble and I’ve lost all control!

Yesterday, my son showed me how to download music from the I-Tunes store. They didn’t even have to offer me a free sample and I’m already addicted. I’m like an ADHD kid with a candy addiction in a candy store on a sugar high — if music were candy and the candy store were my office!

I don’t know how many songs I’ve purchased over the last day and a half at $1.29 each, but there comes a point when you just have to drag yourself away from the computer and parent yourself with STOP, NO MORE! DO YOU HEAR ME! NO MORE!

Unfortunately, I’m not there yet.

This is like the time I found out that having high-speed internet access while bidding on Ebay auctions could get me into trouble. At least there are only so many vintage trays one can hang on one’s wall before one runs out of space.

This whole buying frenzy at I-Tunes started out innocently enough with a dream — David and I were riding in his car and he started singing O-o-h Child by The Five Stairsteps, which just about had me in tears, I was so touched — because David’s never sang anything to me ever, except maybe saying the words, “Up Against the Wall Redneck Mother.” But I don’t think that saying the words to a song actually qualifies as singing. Nor will we go into why he was saying those words to me, now that I think about it. Anyway, something woke me from my dream — but by then, O-o-h Child was stuck in my head.

And everyone knows that the only way to get a song that’s stuck in your head — out of your head — is to listen to it over and over again until your brain is satisfied.

Naturally, I thought — wouldn’t it be cool if David would sing that song to me for real. So, I told him about my dream and asked him to sing — but he just laughed, looked at me as if I were crazy and walked away. So, then I had no choice but to YouTube the song and listen to it there until I got my fill. That’s another place, btw, I’ve been spending way too much time hanging out — but thank God it exists!

Anyway, the last song that got stuck in my head that I had to listen to over and over again was Knife Edge by ELP — and now that I’m thinking about that song again, that’s going to get re-stuck in my head.

Okay, Focus. Back to what I was saying about O-o-h Child.

So after David refused to sing to me, I decided — you know, whenever I make another Feel Good CD like the one I told y’all about from my Where Lands Are Green post, I should include O-o-h Child because it’s a really great song for a feel good CD — only I didn’t have that song. I haven’t heard or even thought about this song in more years than I can even begin to remember, which makes it even weirder that I dreamed about it!

The bottom line is that I got Ry to show me how to download music from I-Tunes with the intention of just buying this one song. So he showed me, then I bought it — and it was all good for about five seconds. Because after five seconds, my brain suggested that since I was buying that one song, I should also get Freedom 90 by George Michael and then my head said  — well, you have to have Wild Cherry, too, and what about The Spinners’ Rubberband Man — and now I-Tunes is making suggestions along with my head — and now every song I’ve every heard over the last 50 plus years that I don’t own is vying for my attention and wants me to get it and I’m spinning out of control!

Really? Sister Janet Mead’s 1973 rendition of The Lord’s Prayer is going to bug me, too?!

Okay, I’ve wasted enough time writing this post, I’ve got to get back to I-Tunes and purchase Knife Edge. And Curtis Mayfield’s Superfly is next!

Somebody please make this stop before I go broke and crazy.

Okay — before I go broke, then.

On a separate note, who can name all of the models used in the Freedom 90 video? I know the women super models, but where’s the love and recognition for the male models, y’all?