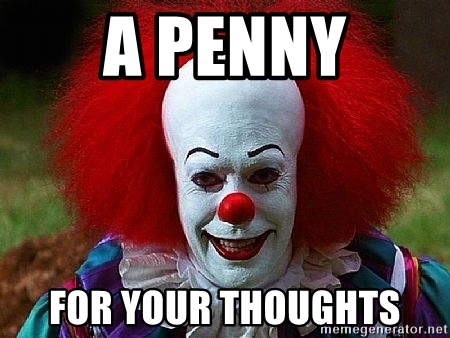 CAN I STILL WRITE?

I’ve had too many anxious moments throughout this pandemic wondering if I would ever be able to write again. After an extended break, I’m relieved that the more I write, the easier it’s becoming. And, hopefully, I didn’t just jinx myself by expressing that thought. Maybe I should clarify and say, traditionally, the more I write the easier it is to continue writing. I’m sure there’s some theorem that explains how or why writing begets writing, but I just know that’s how it’s working at the moment for me. Anyway, I feel like I’ve explained this sufficiently so that if all of a sudden I go cold and can’t write anything else, then at least my muse won’t have made a complete ass out of me.

Certainly, inspiration’s been elusive. I feel like my muse just up and left me to fend for myself. Could it be that even she, “The Mighty Muse,” (who should never be confused with the “Mighty Mouse” because oh what a difference an ‘o’ can make in writing, n’est-ce pas?) has socially distanced herself over this last year and a half? She’s sporadically provided her two cents whenever I’ve come up with names for her, which is something I’ve been doing over the last several months; but she really hasn’t pushed me to put down words, which is what I really need to do.

All I know is that it won’t be long now before my family and I go in for our second dose of the Pfizer vaccine. It’s both thrilling and a little daunting. Fingers and toes crossed, by June, we’ll be living a more normal life…whatever that means anymore. So ready or not…Woo Hoo!

Speaking of “the Muse,” around the first of January, I decided I would give her a real name as a friendly gesture and in respect for the inspiration she usually provides me. For close to four months, I’ve come up with solid names. My favorite, Endora, seemed an especially wicked cool fit. Pfffftttt! She rejected each and every name I proffered.

How do I know that she’s actually rejected these names? It’s hard to explain. It’s been more of an intuitive understanding between the two of us. It’s as though when a potential name would come up in my head and I thought, “Ah, that’s a really good name. That’s what I’m going to call her,” she just shook her metaphorical head, frowned and said inside my mind, “Absolutely not! What are you thinking?!!!! That’s not my name. Do better next time!”

Frankly, after months of this, I was ready to give up calling her anything but “the Muse.” Of course, it also occurred to me that I could refer to her as, “She Who Refuses to be Named” or  SWRTBN for short even if SWRTBN isn’t easy to remember. Trust me, you don’t want to know what she said in my head when I ran that by her.

Creative writers often talk about “the Muse” or “their Muse.” Also, everyone seems to have one — or more — these days, Dah-ling! Matter of fact, there are so many, many muses out in the ether, who can tell one from the other anymore, especially when they’re all wearing masks, Dah-ling?” Ha! It’s like trying to figure out who’s on first when Who’s actually on first but you can’t wrap your mind around that.

Wrap my mind around that? What? What’s that got to do with anything?

What I mean by “muse,” of course, is that unseen, inspirational force who’s the impetus for human creative endeavors. The muse works through each of our individual filters/brains utilizing our unique perspectives, experiences, knowledge, temperament, abilities, senses, etc. to come up with original works, expressions, ideas and thought.

I don’t know this for sure, but I assume my muse is not the same as your muse even if our muses are kissing cousins. But even if we shared the same muse, I have no doubt that our creations — whether in writing, music, dance, cooking, the visual arts or any other kind of imaginative/ artistic effort — would be different because we are different. Regardless of whether she who inspires me also inspires others, I wanted to give her a proper first name.

A NEEDLE IN A HAYSTACK

I thought naming her would be easy, but that just shows you how much I know. Finding her one, true name among all of the thousands of names out there has been harder even than when I named my children; and, trust me, my son went without a first and middle name for the first two days after he was born. I finally spoke to her directly and said, “Oh, come on, now, don’t be like that, Muse. Surely, there’s a name out there that will work for you. A penny for your thoughts. Tell me what you want me to call you.” Well, the funny thing is, when I asked that question, a bell went off  in my head. “Ding, ding, ding, ding!” How about that? I finally stumbled upon my muse’s true name.

WHAT’S IN A NAME?

I scratch my head when I think that “Tink” wasn’t good enough for her. I love the name Tink.  “Lilith” caused her to roll her eyes and sigh, “Isn’t that name a trifle overused?” She laughed maniacally when I mentioned Endora, which was a little unsettling and confusing. Was Endora my muse’s true name? Apparently, not. She wasn’t laughing with me. No, she was laughing at me; which I think just strengthens my argument that her name should be Endora because her indomitable and slightly naughty energy is definitely reminiscent of Samantha’s mother from Bewitched.

Erin, Morgana, Agnes, Cheyenne, Allie, Dorothy, Jane, Jack, Rogue, Rebel and every other name that popped into my head didn’t make the cut either. I’m just happy I’ve finally discovered her true name; because what the hey, I would never have come up with ‘Penny’ on my own. But Penny she shall be called, which isn’t a supercool name or edgy or anything, so that’s kind of disappointing; but whatever. I mean I really, really liked Endora.

The good news is that there’s no one in my life named Penny except my muse. And, what the hell, so what if Penny isn’t a cool name. Maybe I just don’t have a supercool and edgy muse.

Wow. Uhm, okay. Maybe Penny’s got a point…except, thus far, I have yet to get paid. Anything. Damn. Even so, Penny’s kind of a hardcore bad ass, y’all.

“Damned straight, I am.”

It’s good to be back, y’all. I hope everyone’s doing well and staying Covid-free!

A huge shout out to my friend Sherry at feelingfunny.ca. If you haven’t checked out her blog, why’s it taking you so long? Go there now and see what you’ve been missing! She’s awesome and her writing’s fucking awesome and someday, Wayward Peeps, you’ll thank me for turning you on to her site! You’re welcome!

13 thoughts on “A Penny For Your Thoughts”