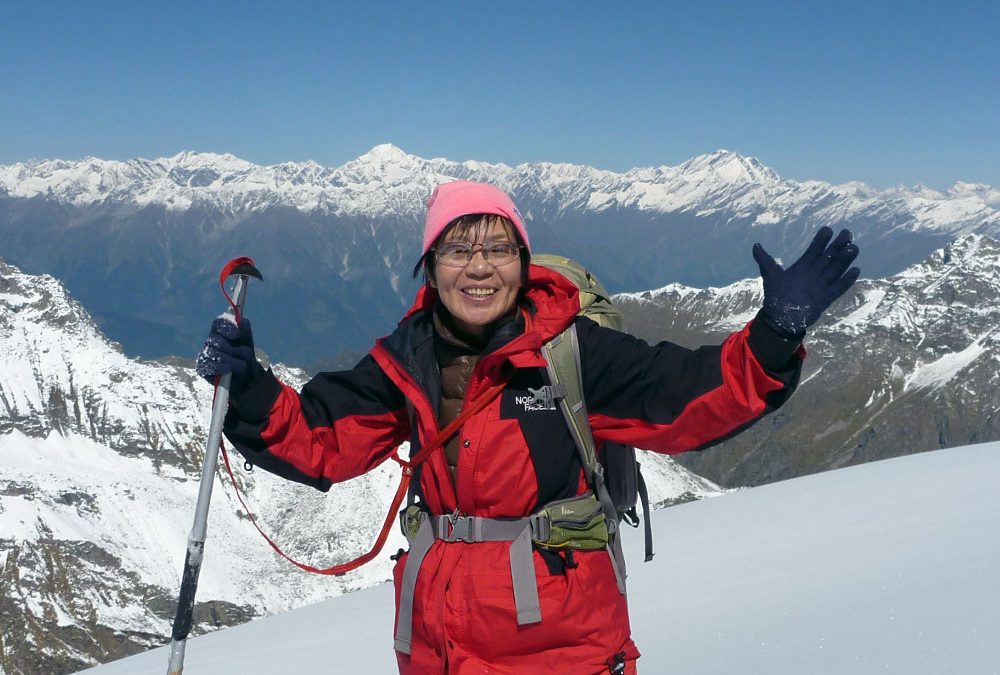 On my January 1 post, 2021: And So It Begins, blogger friend Christopher at Freethinkers Anonymous, commented, “I’m also grateful that we have a new puppy who just turned six months old a couple of days ago. She’s named after Junko Tabei, the first woman to not only climb Mount Everest but climb the highest peak on every continent including Antarctica. Our puppy is aptly named too–she’s as smart and fearless as her namesake.”

First of all — thanks, Christopher, for introducing me to this remarkable Japanese mountaineer woman, Junko Tabei, who has managed to escape my attention until now. I Googled her and — just wow!

Secondly, congrats on the new pup! Please keep us informed on how she does. 🙂

Lastly, I’ve spent all weekend long feeling uncomfortable. I’ve been thinking about how one can be both smart and fearless, presumably, at the same time. You’d think I’d know the answer to this, but the idea boggles my mind.

In my life, I’ve had to fight/advocate for both of my children. Advocating did not come naturally to me. Over time, I learned to be a courageous and smart warrior Mom. Fearless, though? Not me. I was anxious as hell through most of it. During one ARD/parent-teacher and a bunch of other school officials’ meeting, I started trembling uncontrollably. Nerves, right? Even so, when it really matters, I’m one of those “feel the fear and do it anyway, ya big chicken” types.

I often wonder if those advocating years have shortened my life span; which, if so (think unraveled and shortened telomeres, y’all), wasn’t very smart strategy over the long run. That said, I’d do it all over again because my kids are that important! However, let’s face it. I knew nothing about telomeres and aging at the time. Had I known then what I know now (which isn’t that much), I might have re-thought my strategies about how to advocate smarter, not anxiouser-er. More anxiously? Yeah, that’s better.

Now I’m wondering if I can somehow repair my stringy, unraveling telomeres or braid them back together somehow and use a rubber band to hold them in place. Do they make telomere shampoo that strengthens strands like some hair shampoo does? My telomere strands have an awful lot of split ends. Come to think of it, so does my hair. I wonder if there’s a connection there? Hmm.

I’ve always equated fearlessness with foolishness, not with smartness. In my head, fearless is akin to doing without thinking — acting impulsively — which most of the time, again, isn’t very smart in my book. I think of people who act fearlessly as young and inexperienced souls. Are they fun, refreshing and full of life? Yes, but that’s probably only because life hasn’t knocked them around enough, yet, to teach them to think things through first and let their experience and knowledge guide their actions. I mean there are times when one has to act/react quickly without thinking too much about it. It’s always risky, though. Maybe I’m just jaded. Can you be both jaded and wise?

What do y’all think? Can you be both fearless and smart as Christopher believes his puppy is? What are your thoughts? Do you consider yourself smarter or more fearless or do you possess a 50/50 combination of both qualities? Is “smart” the tool or potential to get to the end result, “wisdom?” Can one remain fearless throughout one’s life? I thought an awful lot about this while making banana nut bread last Sunday. I can’t wait to hear your thoughts!