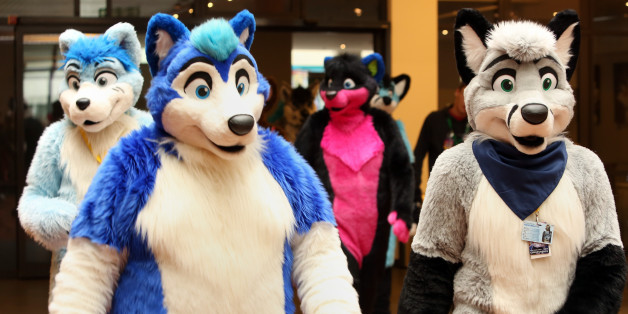 Evie and I had to give a presentation on the LGBT chapter of our textbook in our multicultural class, and I was a little anxious, so I’d talked to another classmate about her LGBTQ presentation she’d given in a different class. “You’d be surprised at how few even knew what LGBTQ meant,” Brittany told me.

“You’re kidding!” I replied. “How can graduate-level counseling students not know that?”

When we gave our powerpoint presentation, I began and Evie finished. As she wrapped up, Evie asked, “Does anyone have any questions?”

Evie took on Katrina’s question about how to help a nine-year-old who is gender fluid.

Another classmate, Tony, made it clear, “It’s Adam and Eve − not Adam and Steve!” He argued that LGBT was a choice and nothing more. “At the end of the day, it’s your biology that determines whether you’re male or female!”

I told Tony I wasn’t going to argue with him. His belief was his belief. Since I wouldn’t, I guess our professor decided she would argue with Tony. Professor Davis said a lot of things − sexuality is on a continuum, blah, blah, blah − before dismantling Tony’s biology argument. Dr. Davis asked, “If biology determines our sexuality, then how do you explain hermaphrodites, Tony? They’re born with both male and female sex organs. How do you explain that?”

I raised my eyebrows when I heard the word “hermaphrodite” − an outdated term that has been replaced with “intersexed” − but I kept my mouth shut. As she finished with Tony, I did say, “Dr. Davis, I’m glad you brought up that sexuality is on a continuum because if I had one tiny criticism about this LGBT chapter − which really deals with identity and sexual orientation − it’s that I feel it’s lacking. I was surprised it didn’t mention people who, for instance, are asexual or who identify as being a furry.”

“What?!” Professor Davis frowned at me.

I tried again. “You know − people who don’t experience sexual desire and, also, people who identify, in part, as animal.”

“That is not a thing! What was that you said … fuzzy … furry … what did you call it?” she scoffed.

Now Evie frowned at me. “Stop,” she mouthed at me when Dr. Davis had turned away.

Undeterred, I said, “I know at least two people who are furries and they insist that part of them is animal − but not in a biological way. I get that it’s complicated, but this is how they identify. And not that I know much, but it seems to me, this would qualify “furries” as an identity demographic outside of the majority.”

Professor Davis was furious. “You’re making this up, aren’t you? I’ve never even heard of this before!” she accused.

Our classmates listened and watched with rapt attention wondering what would happen next. If nothing else, at least Evie and I weren’t boring.

Brittany looked amused as she came to my rescue. “Uhm, I just looked this up on my phone. Google says that furries are enthusiasts who like to dress up as animals and go to conventions.”

Professor Davis said with a dismissive wave of her hand, “Well, that’s not a culture. Whatever it was that you just brought up, that doesn’t belong in multicultural counseling class!” she said, shaking her pointer finger at me.

I replied, “I’m sure what Brittany read is true, even if it seems to be a very surface definition.”

Brittany agreed, “It was just a quick Google search.”

“Again,” I said, refusing to back down, “I don’t pretend to know much. I’m just saying that I know − for some − being a furry goes much deeper than just dressing up and going to conventions. This is real, there is a community, and this is being researched at a university by a psychology professor who also identifies in this way. My point is that asexuality and furries, like LGBT, are populations on the sexual and identity continuums who are often misunderstood and denigrated.”

The class held their breath as we waited for Dr. Davis to say something. The tension between our professor and me had ratcheted up to heights none of us had experienced before. This had not been the first disagreement Dr. Davis and I had had in class. This was, however, the first time I hadn’t backed down.

Evie looked both scared and angry with me but said nothing. She decided to take another question from the class. Anything was better than the awkward silence that had befallen our classroom as Dr. Davis sat in her chair looking downward while chewing on the inside of her cheek in what looked like deep contemplation. Evie called on Karen.

“What exactly is a furry, again?” Karen asked.

Dr. Davis looked up from her chair and shook her head. She intervened before I could answer. “It doesn’t matter what that is,” she said standing up. “I do want to go over some additional information about the LGBT community, though,” she said as she took over. “Thank you for your presentation,” she said dismissing Evie and me.

We returned to our seats. After Professor Davis finished lecturing, Kyle told me he enjoyed our presentation, especially since I’d brought up something he’d never heard of before. “Asexuality or furries?” I asked.

“Furries! Who cares about asexuality. That’s no fun,” Kyle said. “I thought I’d heard or read just about everything − and I read a lot − but this is something that even I’ve never come across. It’s difficult to do, but I’m impressed!”

The energy level in our classroom had skyrocketed with everyone talking and laughing. I told Kyle I was shocked that so few people knew about furries, especially Dr. Davis. I’d known about furries for over ten years.

Professor Davis said, “Everyone, settle down. I have a few things to tell you about next week.” The class ignored her. “I SAID … STOP TALKING NOW! I NEED YOU TO HEAR WHAT I’M ABOUT TO SAY!” she yelled above the din. She then went over what we’d be doing in class the following week. “Okay. Now I’m finished and you can leave. See you next week.”

I noticed that Tony was the first one out the door, but no one else seemed to be in a hurry. People stood around and continued talking. I was chatting with Kyle, Evie and Gina. Ten full minutes after she’d dismissed class, Dr. Davis yelled from the doorway, “WHY IS EVERYONE STILL HERE? GO HOME!” More than half of our class was still in the room.

Kyle yelled back, “We’re still having class. Join us!”

“No thanks!” she replied.

The room dwindled until three of us remained. Brittany had joined Kyle and me. She reported that everyone in the room had been talking about furries. As we walked out together, I asked her, “Seriously, how many do you think had heard of furries before tonight?”

“Only a few,” Brittany answered. “Most were astonished that furries even exist. I’m glad you brought this up. It got people talking.”

“Me, too! That was one of the most enjoyable classes I’ve had in a long time,” Kyle grinned as we approached the parking lot. “Until next week,” he said as he left.

“You know, Brittany, I’m probably in trouble with Dr. Davis, but so what! I feel like I’ve done something good tonight. As future therapists, we should know about these things. Right?” I asked.

“Good. I feel like my work here is done then. BOOM!” I said as I threw down my imaginary microphone.

Brittany laughed. “G’night!” she said as we parted.

As I started my car, I thought− if furries blew everyone’s minds, wait until I bring up plushies!