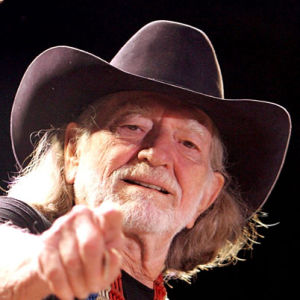 If you’ve never seen the movie, The Sixth Sense, and you still want to − seriously, it’s been what − fifteen, twenty years since it’s been out, right? You can’t convince me you just haven’t found the time since 1999 to see this movie if it really was that important to you − but if you insist that you have your reasons and I don’t know your life and you still want to go and see it so I’d better not ruin it for you, then go and see it already so you can come back and read my post − because I mention the plot to this movie and give away the ending and I don’t want to be the one to spoil the movie for you! Otherwise, please − read on!

David and I have a consulting business and we work out of our home. Late last night, I was trying to finalize a report with exhibits so David could email it to our client first thing this morning. I ended up having to get David out of bed after he’d already gone to sleep to clarify a few things, but I really didn’t have any other choice. He needed the report finished. We eventually got to bed.

David got up today at, no doubt, an ungodly hour. He’d wanted to go over the report one final time before sending it. I woke up around 7-ish and could hear him in his office. I turned over and tried to go back to sleep. Maybe David heard me turning over or maybe he figured one good wake up deserves another, but the next thing I knew, he was standing beside our bed. On my side. I could feel his presence. I pretended I was still asleep.

He said that he’d been looking over the report and there were a few more changes that needed to be made, but Willie Nelson was okay.

I opened my eyes and sat up in bed. “What do you mean Willie Nelson is okay? He’s not sick like Gene Wilder was, is he, because, you know, Gene Wilder didn’t want anyone to know he was sick, and now all of a sudden, he’s just gone! Can you believe that? Complications from Alzheimer’s, too! Did you know he was diagnosed three years ago? Three years − and the public never knew! How does that happen?! Wilder was such a comedic genius! I wonder if he and Gilda Radner have reunited?”

“Oh, God! Listen, David, I don’t think that I could bear both Willy Wonka and Willie Nelson dying in the same week. Maybe you shouldn’t tell me. Forget that. I need to know. Was Willie in a car wreck? Is he in bad shape and they didn’t think he was going to make it, but he’s pulled through? Is that what you meant when you said he was okay? Why are you just standing there staring at me? Say something.”

David finally said, “What the hell are you talking about? I never said Willie Nelson was okay.”

“So Willie isn’t okay, then. That’s terrible! What happened?”

“Nothing happened. Again − I never said− ”

“STOP! Like I just told you and what you are failing to understand is, I never said anything about Willie Nelson! Why is it that you aren’t hearing what I’m saying to you?”

“I am hearing what you’re saying! And yes you did! And no ever says someone is okay unless there’s reason to believe that person wasn’t okay to begin with. You said that you were changing a couple of things on the report, but Willie Nelson is okay. That is what you said, which makes it an awkward compound sentence with an abrupt transition between subjects but − whatever − I’m not judging. I just want to know the status on Willie at this point!”

“You’re making me as nuts as you are! What I said was − and listen this time − ‘I made some minor changes on the report, but everything else is okay.’ That’s what I said. EVERYTHING ELSE IS OKAY NOT Willie Nelson is okay. I was talking about the exhibits − to the report. There are no changes that need to be made to the exhibits!”

“Huh. Are you sure that’s what you said?”

“Well, I could’ve sworn − I guess it just sounded like− ”

“Okay. Calm down. Oh, Wow! You know what?” I said starting to get excited.

“No, but I’m sure you’re about to tell me,” David replied.

“So does that mean you’re crazy?”

“No! It means I must have had an auditory hallucination brought on by my either having been in a hypnagogic or a hypnapompic state. I always forget which is which. It’s that in-between state when you’re transitioning from being asleep to being awake and vice versa. During that period, you’re very susceptible to hallucinations − or getting psychic messages!”

“You know − like in that movie, The Sixth Sense, when the kid − what’s-his-face − you know − cute, blonde? He was in a lot of movies when he was little! God, I can’t believe I can’t think of his name! Never mind. I’ll think of it later.”

“Anyway, remember, he’d told his therapist played by John Travolta − it was John Travolta, wasn’t it − the best time for Travolta to talk with his wife was when she was in that twilight sleep or − hypnagogic/ hypnapompic state − if you will? At least I think they’re one and the same.”

“Because Travolta − wait − was it Travolta who thought his wife was mad at him because she refused to talk to him? I keep saying Travolta, but it could have been another actor. Anyway, the thing was, everyone including Travolta, had that ‘Ah ha’ moment when he started talking with his wife during her twilight sleep period and SHE TOLD HIM HE WAS DEAD! That’s why his wife wasn’t answering him. It wasn’t because she was mad at him, it was because he was dead and she couldn’t hear him but he didn’t know he was dead! It was only during that hypna-gogic/pompic state that they could communicate! That was the twist! Remember? That was such an amazing movie! I hope Gene Wilder isn’t confused about whether or not he’s dead.

“But maybe I wasn’t hallucinating! What if I was being psychically alerted that there’s something wrong with Willie Nelson even though I don’t have any psychic ability − or if I do, this was the first time I tapped into it? But if I did, I mean − I really like Willie Nelson − but why me? Why not psychically alert someone else who actually knows him? I hope he’s okay, because if he’s not, I’m going to be very freaked out!”

David replied, “Or maybe you just misunderstood what I said and Willie Nelson really is okay and nothing has anything whatsoever to do with whatever it is that you’ve been rambling on about.”

“And what exactly do you mean by that?” I said, folding my arms.

“Nothing. I didn’t mean anything. Look, can you please just make these changes? I’ve got to get this out! It will only take you a few minutes.”

“Hold on a sec. First, I need to look up these hypna words. Also, I need to make sure Willie’s okay. I won’t be able to focus if I don’t.” I grabbed my cellphone from the nightstand. “How do you spell hypnagogic? It is hypna and not hypno, right?”

“I have no idea,” David sighed. “But, hey, why don’t you just look that up right now − because that’s what’s most important at this minute. And after that, if you think you might have a moment or two, maybe you could make these changes, so we can get our report out!”

David began walking out of our bedroom. I decided to ignore his sarcasm.

“IT’S HYPNAPOMPIC! AND IT IS SPELLED WITH AN ‘A,’” I yelled after his disappearing form.

“I DON’T CARE − AND TAKE YOUR ADHD MEDS!” he yelled back.

“AND THE KID FROM THE MOVIE’S NAME IS HALEY JOEL OSMENT! WOW! YOU SHOULD SEE WHAT HE LOOKS LIKE NOW!”

“STOP TALKING! I’M BUSY! I’VE GOT WORK TO DO!” David yelled from his office.

“YOU KNOW YOU’RE BEING RUDE, RIGHT? I KNOW YOU CAN HEAR ME! DAVID?”

It’s barely 7:30 a.m. and it’s already one of those days. At least Willie’s okay. Fingers crossed.

Gene Wilder, Rest in Peace! You will be greatly missed! Also, just in case you’re confused, run towards the light!

2 thoughts on “Willie Nelson is Okay”