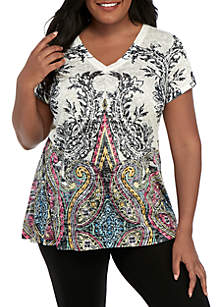 Consider this a Public Service Announcement

Several years ago, I wrote about a dress I saw that was loud and obnoxious. The dress I wrote about then had lots of paisleys configured into a mandala design. It was offered in a Belk’s catalog — I’m going to go out on a limb and say circa 2014 or 2015. It was a bold explosion of color and ugly that strategically focused your eyes to gaze upon the model’s…um…privates.

And here we are several years later, and I’ve come across another dress that basically addresses (get it…cuz I’m talking about a dress) the same problem I had with the paisley/mandala dress. It’s as though you’re advertising your lady garden when you wear this monstrosity. This dress has lots of colorful flowers on a black background; and yet, even though it’s a busy, colorful mess, your eyes still go straight there — to the model’s lady garden area. I wonder if she smells as fresh as a daisy? No. I didn’t just ask that. I don’t really want to know, y’all.

I hear Lady Violet from Downton Abbey answering in my head, “Well, none of us want to know; but even so, I should hope she does!” (Shut up and get out of my head, Lady Violet.)

Anyway, you know what they say about a picture. See for yourself. At $35.99, that’s a helluva bargain from JC Penney. I may have to order this one since I missed out on the last one! I wonder if it can be used as a tax write-off since I’m writing about it. Ha! 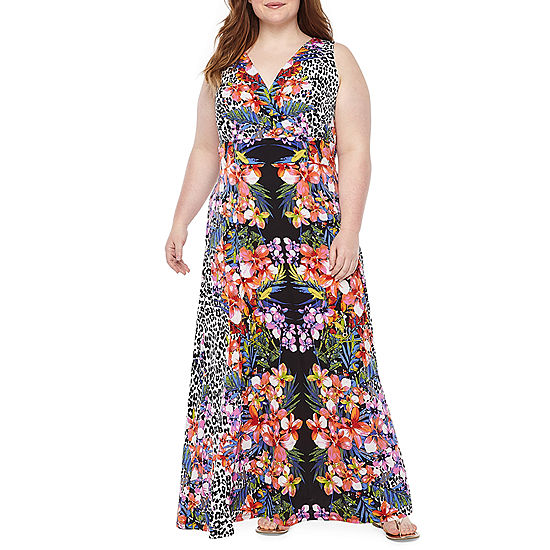 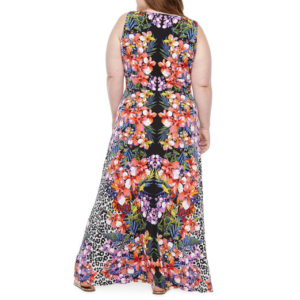 The back isn’t any better. Again, it’s both hideous and subversive. And then there’s the animal print mixed in with the explosion of flowers coming out of her backside. *sigh* I mean, now I have to have this dress. What’s not to love!

Also, while I wasn’t able to find a picture of the dress I wrote about several years ago, I did find a shirt that basically makes my point, at the top of this post!

To whoever designed this dress and shirt — have you no shame? And why?

Just say no, y’all! (All of a sudden I feel like Nancy Reagan! Ha!) Well…say no unless you like people thinking about your lady garden as you walk around. If you do, then by all means, be my guest. Just don’t say I didn’t warn you. Also, yes, I will laugh at you and make snarky remarks if you walk in my direction wearing this thing — because I’m mature like that. Just saying…

A little music for your troubles, cuz this dress makes me think of “Bungle in the Jungle.” Also, because you know I love you!