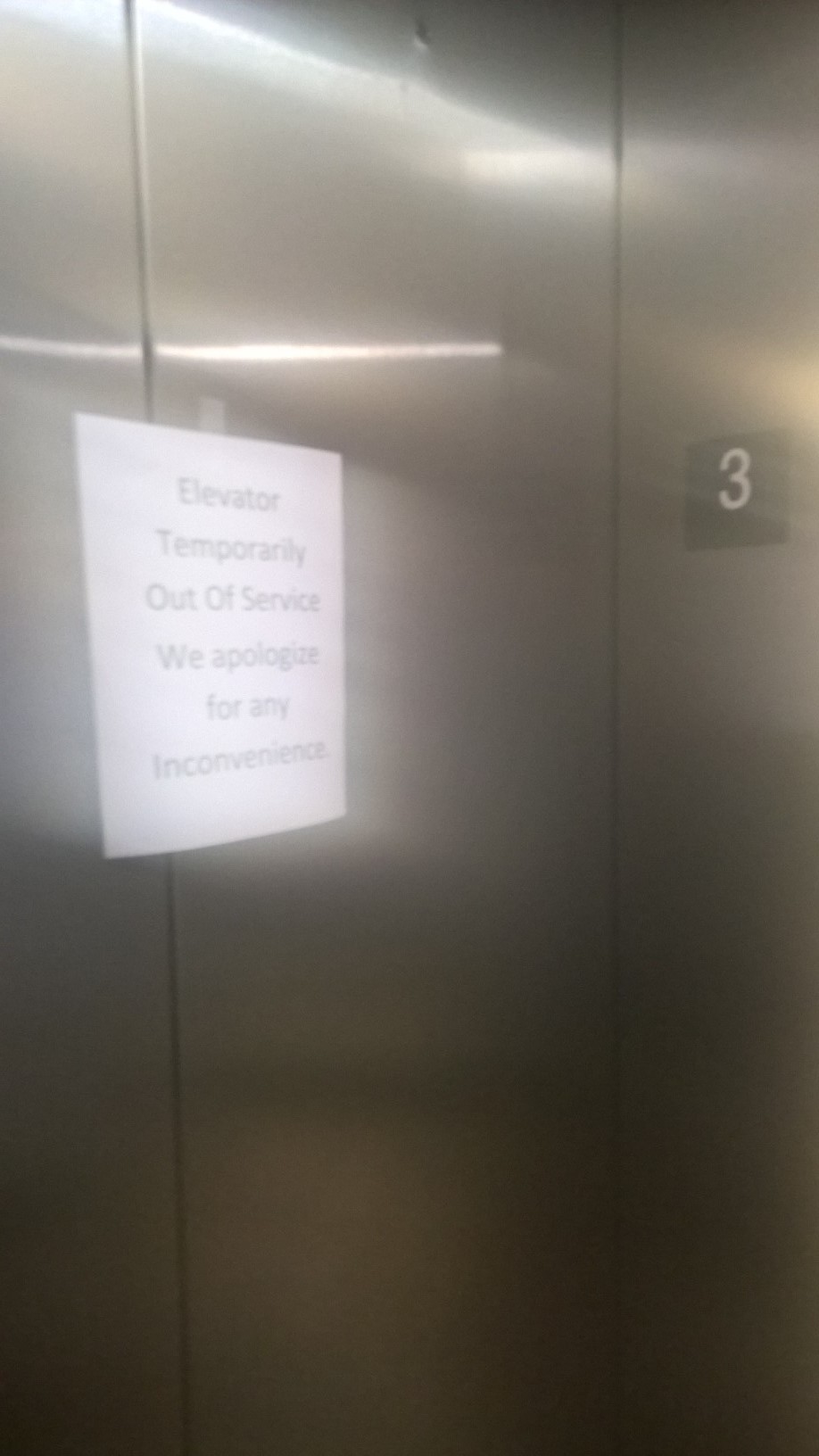 For awhile now, every time David’s uttered the words, “We’re going on vacation,” I’ve gotten this feeling that something’s not quite right. I don’t think “vacation” means what my husband thinks it means. While I could never put my finger on exactly what was wrong when he said that phrase, all I know is that I would experience this irrational dread when I heard it, which has only made me feel guilty.

After all, my husband’s worked hard to provide us with vacations. How could I not want to go? What kind of ungrateful spouse am I? So in spite of my feelings, I’ve packed my things and gone along, determined to feel happy and grateful that I have veggies to eat unlike the starving children in — wait a minute — so sorry — I got my guilt complexes mixed up.

What’s really made me re-think “vacation” was something my sister-in-law Kim said not too long ago when I’d casually asked, “So y’all are vacationing in Texas this year?”

Kim responded, “No! Visiting relatives is not vacation. Going to Europe — that’s vacation. Never mistake the one for the other!”

I thought — Wow. I guess we’re chopped liver here in Texas. I won’t make the mistake of asking how she and my brother Richard’s vacation is going when I see them next! Ouch!

Once I got past the insult, though, it got me to thinking: Just because one goes out of town doesn’t mean one is going on vacation, even though that’s what I’ve been led to believe all of my life! It’s been a lie, y’all. One big, fat lie! I don’t even know who started that lie. But now, I know better.

Thank you, Kimmie, for opening my eyes! And by that, I mean — now I know why David’s words have bothered me. Pretty much the only time we go out of town is on business or to visit family members. So, to take Kimmie’s ideas one step further, going out of town to work should also not be mistaken for vacation!

I’m currently sitting in Room 313 at the Holiday Inn Express in McComb, Mississippi. My son is sleeping, my husband is out working, and I’ve been mulling over what “vacation” truly means. The fact that we’re on the third floor of the Holiday Inn Express and the elevator went out of commission early Sunday morning, I’m sure, does not factor into my thought processes. At least the stairs — the three flights of stairs — still work.

Here’s what I’ve come up with so far:

2)         The location has to have fun, exciting or at least educational things to see and do. (World-class aquariums, museums, tours, water parks, nighttime entertainment, etc.)  We’re in McComb, y’all. There is the Railroad Museum even though I’m not sure it’s actually open. On the internet, McComb also professed to have a movie theater. If there once was one, it’s no longer here. Whether the RR museum is open or not is a moot point because none of us are interested in visiting it. We were interested in going to the movies. Oh well! If my back weren’t hurting, I might be in a more generous mood and say the RR Museum fits this criteria. I’m not.

3)         I want to be able to savor amazing local cuisine using locally sourced food and traditional/regional cooking techniques. I’m not interested in eating at another Chili’s or Applebee’s. I’m still waiting to eat something southern or “Mississippi” on this trip — except squirrel. I refuse to eat squirrel. Wait, squirrel may be Louisiana cooking. I don’t really know what qualifies as Mississippi cooking, but I’m sure I’d know it when or if it’s set before me. So far, we’ve eaten at Ruby Tuesday and Santa Fe Cattle Co. (There was nothing Santa Fe or Mississippi about it.)  I think we’re eating at Applebee’s tonight. Several “locals” have recommended Applebee’s when we asked where we could get a good meal. Or, apparently, we could drive 1 1/2 hours away if we’re in the mood for a nicer restaurant. Really? That far? My husband says that isn’t going to happen. Need I say more?

4)         There needs to be something that screams I’m not in the DFW suburbs anymore. Last year when we went to Big Spring (West Texas) on a different claim David worked, we saw a couple of tumbleweeds, one lone dirt devil and the innumerable wind farms that dotted the west Texas landscape − there appeared to be hundreds of windmills with their great white arms flailing in what little breeze that blew. I had no idea I would be seeing wind farms. I was expecting and hoping to see mesas and desert. No dice. David says I’m getting West Texas confused with Arizona. That’s like a whole New Mexico state away.

Also, there was the local television commercial. OH MY GOD! Let me see if I can still find it on YouTube. Okay, so the commercial is down. That’s too bad because it was awesome! Still, check this out!

Now that was the one thing on the Big Spring trip that made it worth going. Since then, there’s been another dealership in Missouri that has recently received nationwide attention for giving away a gun with the purchase of a new truck. I’m not sure why the Texas dealership didn’t make national news since they did this first at Strate Colbath’s Benny Boyd Dodge in Andrews, Texas — which I got to see on a local commercial on TV in Big Spring — with my own eyes! That is what really screamed I was no longer in the DFW area! You just don’t see that kind of shit in the suburbs of Dallas! BTW, Just to be clear, while I’m not anti-second amendment, I’m also sure as hell not pro-everybody gettin’ all gunslingin’ Wild West on everyone else either!

On this trip, we did cross the Mississippi River. I suppose that could qualify for my #4 criteria. However, we saw the Mississippi River with actual ships on it when we visited Louisiana a couple of years ago. So, hmmm … the River may have to suffice even if it isn’t located anywhere near McComb.

Hell, I haven’t even seen a Confederate Flag. I know they’re supposed to be getting rid of Old South stuff on both the state and federal levels, stuff with bad connotations from the past attached. Still, you’d think we’d have seen at least one rebel flag. It’s not that I’m looking for white, hooded sheets or burning crosses or triple K’s, because I ‘m definitely not — still, I’m sure there’s got to be those who fly the rebel flag without harboring stupid biases and outdated philosophies. Right? Either way, so much for rebelliousness. So what’s up with that, Mississippi?

5)        There needs to be something I can buy or something I can take a picture of that I would have a difficult time finding anywhere else. Last year in West Texas, Ry and I went to an antiques store, a hoarder’s delight, but with all of the stuff they had, there wasn’t anything that stood out as being synonymous with “West Texas” that would work as a souvenir. While disappointing, at least I can pull up the Benny Boyd commercial/article online from Texas Monthly.

On this trip, I haven’t even been able to find a decent cemetery with gorgeous, ancient angels gracing tombstones to photograph. The only cemetery we came across had flat headstones. How could this be the Old South?

McComb does have Edgewood Mall with anchor stores of Hobby Lobby, Belk, Goody and JC Penney. How this mall has managed to stay afloat is anyone’s guess. By the looks of it, this town doesn’t appear to have the economy to support a mall. David now believes this may be one of the main reasons for the many claims at the financial institution that he is here to investigate. Driving through town, we saw a ton of old, boarded-up and abandoned buildings in the older part of McComb. Matter of fact, there doesn’t seem to be any thriving businesses, except for the Wal-Mart.

Speaking of Wal-Mart, we stopped by after 11:00 Friday night (after we ate at Ruby Tuesday) to get a new battery for Ryan’s mouse. You would have thought this was the main drag on a weekend night. There were a lot of people there, so I suppose it was. How scary is that?

6)         Vacation should not involve my having to do company work. Since David has discovered that we can take the laptop and my external hard drive that has all of our company’s work on it (and since there really isn’t anything else to do, why not work on typing up his report?), these last two trips out of town have involved my working. It always involves David working. Otherwise, we wouldn’t be going anywhere. I don’t know what the exact definition of vacation is, but it sure as hell should have something about not working on company stuff in its wording.

By the way, my desk in this room consists of the bench that one usually puts one’s suitcase on. The real desk was immediately taken over by Ryan for his lap top and all of his paraphernalia he lugs around. As I type, I’m sitting on the edge of the sofa, which doesn’t provide any back support so it forces me to sit up straight, which I suppose is a good thing. My bottom is getting a little sore, though.

7)         I shouldn’t have to stress while on vacation. As it is, I still have two weeks left to go in my semester at school. At the end of this week (the 13th), I have a major project due. Have I started this project yet? Hell, no! There were too many other things that had to get done so we could make this trip. So, I’m working on homework this week, major homework, while cooped up at the Holiday Inn in McComb. By the way, David just handed me company work to get done as well. WooHoo! I’m having fun now!

That’s why I decided to take the time to write a long overdue blog post. I haven’t blogged since early July, so at this point, I feel entitled. After all, according to David, we’re on “vacation.”

At the end of the day, though, my two main guys and I are together. Wish my Girl were with us, too, but she’s not missing anything on this trip. Besides, someone’s gotta feed the cats. Even so, I know we’re truly blessed! I would go to the ends of the Earth for or with my Guys or my Girl. Let’s just get one thing straight, though: Vacation? I don’t think so!