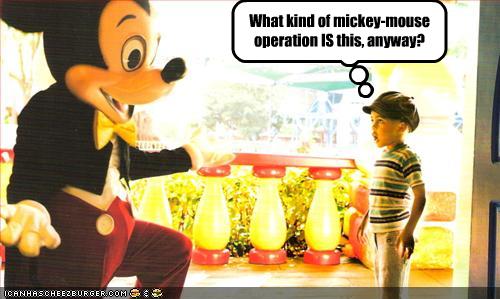 Some of you but not everyone knows that my alter ego is going to school to become a therapist. Hooray! She’s made it to her practicums! What practicum means is that my alter ego goes out into the field to be trained — to put book-learning into actual practice. Supervised practice.

It’s not exactly been what she expected.

For one, she expected to be able to shadow a real therapist (the supervisor) — at least at first — you know, go into appointments with her supervisor and the client and sit quietly while soaking in whatever the supervisor is seeing and doing and then occasionally being allowed to ask questions or make suggestions or voice observations as part of the learning process.

Then she expected that the supervisor would allow her to conduct the client sessions while still being present in the room and, eventually, she expected to be allowed to work one-on-one with clients by herself after she had acquired some skill. Anyway, that is one way to learn the “art” of technique and training. 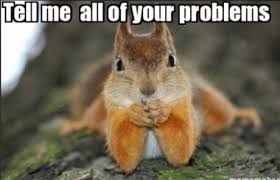 Another way is to be dumped into real life settings by oneself, often without anyone else (including the supervisor) in the entire office, let alone the room one is actually holding the session in. It’s just you and the client, and it’s either sink or swim.

I bet y’all already know which situation my alter ego is in.

She does a lot of praying, y’all. First, do no harm!

Her experience so far feels much like she’s in an operating room by herself trying to figure out how to do some operation, not exactly sure what the operation is or exactly what it is she’s looking for once she opens the patient up, because she’s not had any prior hands-on experience with a supervisor by her side to teach her these things. She’s figuring things out on the fly by herself! Or not figuring them out. Hopefully, if all goes well, the client will feel better after she’s though and, fingers crossed, she hasn’t actually killed or permanently maimed or harmed her patient. Also, the client doesn’t exactly know that she doesn’t have any experience or real skills, the client just assumes she does.

As part of her training at the facility where she’s working, she’s supposed to let the client assume this! She knows this isn’t exactly informed consent, because how can it be — but that’s what she’s been instructed to do by her supervisor, anyway. She’s informed the school she’s attending and they inform her not to go against any policy set forth by her supervisor or she will get fired and she might not be able to finish school and get her degree. At least not right away.

Then once every couple of weeks, she goes in and tells her supervisor about her cases and tries to explain how she’s doing. (As if she could truly be objective or know how she’s doing! How can she know what she doesn’t know?)

The supervisor tells her nifty things like: try not to talk too much in session, don’t give the client homework, (she thought she was practicing CBT, which often calls for homework, so go figure); and she’s told that it’s okay to just focus on her basic attending skills (listening, being present, and being genuine with the client while not judging) but her basic attending skills are not being evaluated in real time by the supervisor while she is in with the client.

Also, what about evaluation, diagnosis, a treatment plan and then real, honest-to-God treatment? 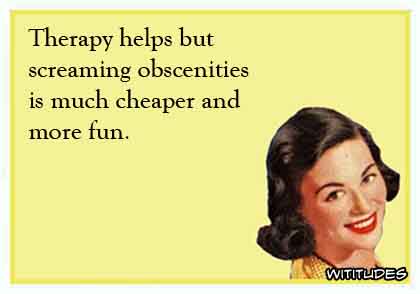 Only if my alter ego says that, then she risks getting fired and having to start her practicum all over again and she’s in trouble with the school as well. Oh, and the school she’s attending knows all about this, so, apparently, this method of off-site training has their blessing.

Apparently, if she wants to learn hands-on technique, then she needs to go to expensive workshops or pay for training in cities offering specific training skills in specific theory. SO WHAT THE FUCK DID SHE SPEND THE MONEY PAYING FOR AND THE TIME SHE INVESTED IN GETTING A MASTER’S IF SHE WASN’T GOING TO GET TRAINED TO BE A THERAPIST AND ACTUALLY BE ABLE TO BE A COMPETENT THERAPIST?

WHAT THE FUCK DID SHE GET HERSELF INTO, Y’ALL?

Also, it’s too late to back out now. 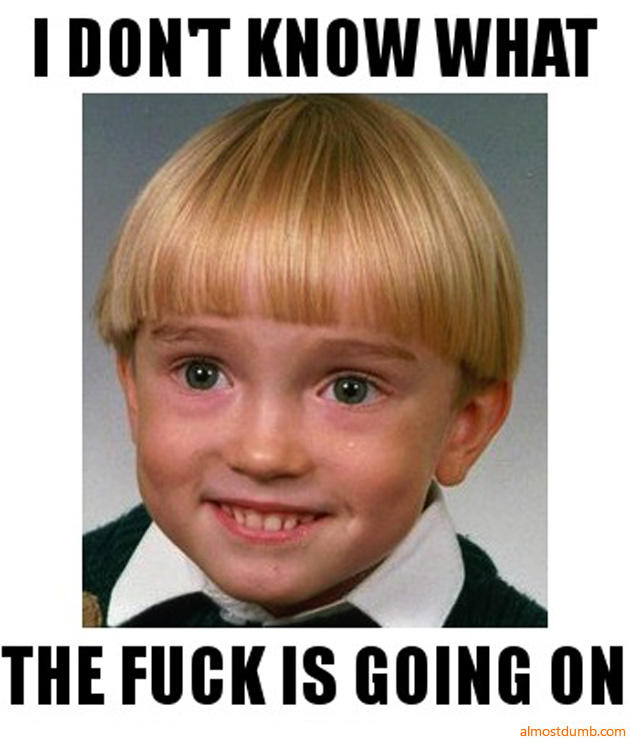 So, recently, when someone came into her class and offered a three-day workshop in a specific technique and she found out it would provide her with 24 direct client hours (this is so important to practicum students, y’all!) she asked her supervisor for the three days off and went.

Okay, this training was intense. She didn’t know anything about it going in. For eight hours a day for three days, she along with others, dealt with people’s trauma and pain and the group (it was a group setting) focused on ways to elicit that pain from deep inside of clients so they could get some kind of cathartic release and, perhaps, resolution. It was a group endeavor. Lots of tears shed and lots of negative and positive emotion expressed.

Each day she came home drained. She’d eat, deal with crisis at home and then go to bed. Each morning she dreaded having to go through that intensity again for the next eight hours. She asked the trainer how she should protect herself so that she didn’t absorb all of the negative energy being thrown out into the room. It’s as though she’d asked a question that she should have already known the answer to. “If you’re going to be a therapist, it’s expected that you should know how to do this already! Perhaps you have issues you still need to work on!” it was suggested to her.

Yeah, maybe so, but it’s not like she hasn’t been working on her issues for the past thirty-plus years!

So, apparently, my alter-ego just needs to throw on her invisible cloak to shield her from peoples’ negative energy. I, M.L. James, sublimates negative energy into fodder for writing. However, that takes time and does nothing to prevent or shield my alter ego.

However, my alter-ego survived the intensive three-day workshop. And she has some real, supervised training under her belt and some direct client hours. She may never use that particular training again because to really use it, she would have to become certified and that costs BIG DOLLARS AND A SHITLOAD OF TIME!

Still it was nice that she was invited to participate and to get to experience this first hand and it didn’t cost her anything more than the unraveling of her telomeres. In other words, that experience aged the shit out of her and she can’t undo that damage! 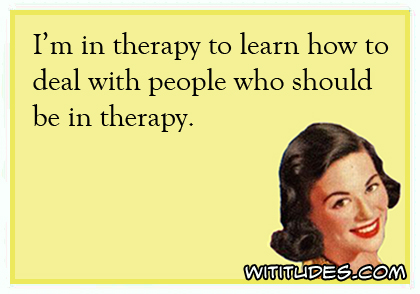 The funny thing is that she is going into this field because of the mental illness that runs rampant in her family. It was her hope to learn something useful, to find out and figure out the best course of actions to minimize the impact that anxiety, depression, autism, schizophrenia, hoarding, OCD, ADHD, personality disorders, etc. has and how to use this information and learning to help loved ones and others. If it helped her figure out her own inner hot mess, then even better. However, she knows she has a long way to go before, maybe one day, all of this education and training will pay off, not just monetarily, but with proof in the pudding, so to speak! 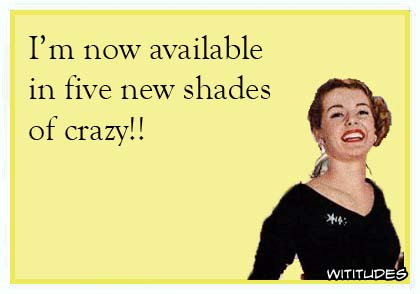 But that hasn’t happened so far. Right now, she comes home from dealing with clients’ crises to the crises within the walls of her home! She told David that if that doesn’t confirm she’s fucking nuts, then she doesn’t know what does! He just smiled. 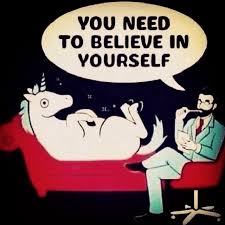 Also, there is no way I or my alter ego can counsel anyone who comes onto this site because that would be unethical and my alter ego and I refuse to do so. There is a reason why I go by M.L. James, y’all! M.L. James is not a counselor by any stretch of the imagination! I like to keep things simple and separated that way! I wouldn’t even be sharing this with you now except I didn’t know how to explain the intensive three-day workshop that’s been part of the incredible stress I’ve encountered over the last month or so! 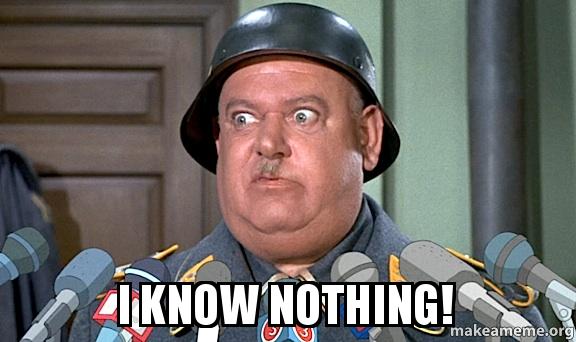 Also, the way things are going, it’s going to be a very long time before my alter ego becomes a counselor worth her salt. Also, my alter ego and I don’t know or have any magical or mystical knowledge, power, cures or understanding that isn’t readily available to the rest of you via books, the internet or other knowledgeable people. We can’t comment about your treatment plan, your diagnosis or even who or what or how to find whatever it is you need from a mental health perspective. In other words, we got NADA! She and I don’t have any resources that we can provide you with either! Again, NADA! I can tell you a little about my own experiences, but it should never be construed that you should do what I do or did! If you choose to do something stupid like that, then you do so without my blessing or knowledge! I’m not responsible for whatever shit you do or don’t do, or how that turns out for you, so don’t try and suggest that I am! THAT’S JUST AN ASSHOLE MOVE!

DO I SOUND PARANOID, YET?

After all, some of y’all may actually know more about this stuff than my alter ego does. So if you come to me with any of the above — including crisis — I can’t and won’t be able to help you. Nor can my alter ego. You’d do better talking to a brick wall! However, my alter ego just went through an intense workshop training experience (which just means she was exposed to this method) and she is going through crises in her own life that is making her take a step back and say WHOA! That is what she is sharing via M.L. James.

(The answer to that is “crystal”)

This has been a weird post — having to talk about my alter ego — unless M.L. James is my alter ego. I’m starting to get a bit confused, though, I think I have it straight at this moment. But the reason I am overemphasizing this point is because there are some people out there, God love them, who want something for nothing and it needs to be emphasized that I CAN’T OFFER THEM WHATEVER IT IS THEY WANT OR NEED NOR DO I BELIEVE I CAN NOR WILL I!!!!!!!!! PERIOD. 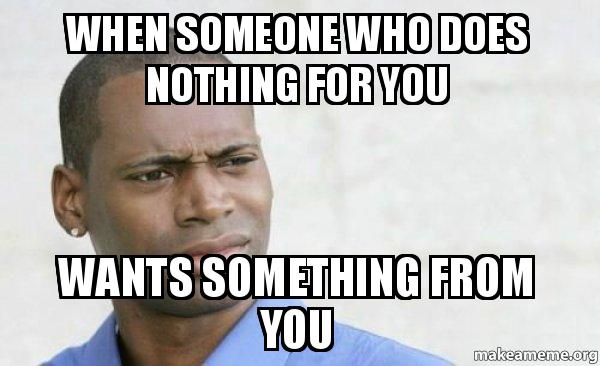 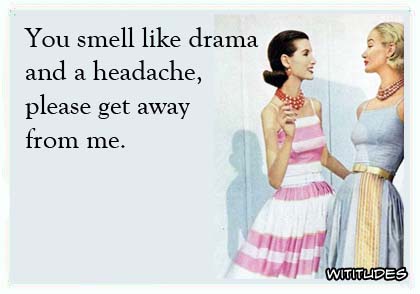 I’m just trying to figure it out just like the rest of you out there! So, if you think you need a therapist/counselor, join the club and go find yourself one or ask someone else. Because that’s not me and I can’t tell you where or how to find that! Sorry.

Y’all try and chill in this heat!

PS — Okay, so far, I’ve tackled the  subject of Buddy the dog; my Samsung products (TV and phone); family and mental health; and the intensive 3-day workshop I attended. What shall I tell y’all about next? Choices are: the carpet/ my computer and Bose radio/ the A/C (I didn’t mention that before in house still standing) all combined in one post or child support/ex-husband things? If y’all will leave me a comment on which one you want to hear next, majority wins. So carpet or ex-husband? If you don’t want to vote, that’s cool, too!

PPS — I hope I didn’t freak you out too much with this post! My apologies if I did! 🙃