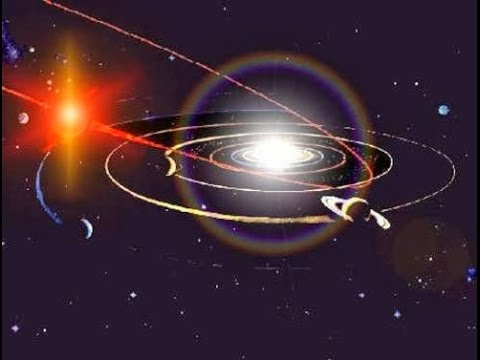 According to David Meade, a self-proclaimed Christian numerologist (that’s not an oxymoron, is it?) − yesterday, September 23, 2017, marked the beginning of the end – it’s either the start of seven years of tribulation or, alternatively, Planet X was supposed to wipe us out. I don’t know all the ins and outs of why Meade believes any of this, that’s why I’m sharing this link, but I think it has something to do with the total solar eclipse that some of the U.S. experienced last August 21. Then there’s also something about suns and moons and planets lining up so that it looked like the constellation Virgo was giving birth and, apparently, dates adding up with biblical prophecy and − lions and tigers and bears, oh my! But, again, what do I know? I’m just a head scratcher regarding any of this.

This mysterious Planet X aka Nibiru obviously didn’t come through. (I blame Kelly. You know who you are!)

So anyone up for tribulation?

All I know is − if superbugs, disease, allergies, terrorists (domestic and foreign), war, world wars, hurricanes, floods, drought, tornadoes, wildfires, earthquakes, regular volcanoes, super volcanoes and various other global climate changes and lunatic rulers or lunatics in general don’t get us, then the damned computer hackers and identity thieves will give it their best shot. By the way, thanks Equifax! However you want to slice it, though, sounds like tribulation to me with or without the September 23rd date.

But we’ve been through this before and were disappointed when neither Y2K nor the end of the Mayan Calendar in 2012 lived up to their promises.

Of course, Matthew 24:36 addresses when the end will happen: “But about that day or hour, no one knows, not even the angels in heaven, nor the Son, but only the Father.” So, literally, God only knows!

Still, a girl has to look forward to something now and again.

Anyway, yesterday was also my husband’s birthday! Happy Birthday, Love! So, yeah, I was up for anything yesterday! And even though Planet X didn’t crush us, I still have what feels like a Nibiru-sized hangover this morning!

Ah well, I guess since we’re still here, that means I have to get back to laundry. Dammit! I was so looking forward to not having to do that today! Currently, the most excitement in our household is − David’s watching golf to see if Jordan Spieth is going to win the 2017 Fed Ex Cup Championship! Go Spieth! (The Dallas Cowboys play tomorrow night.)

Anyway, maybe we’ll have better luck with the next total solar eclipse in the United States scheduled to arrive sometime in April of 2024! That is, if any of us are still here − after all, that’s approximately seven years from now. Who knows what that will bring? That’s right −

if Kelly doesn’t screw it up!

What I know is that’s a lot of laundry between now and then.

2 thoughts on “The Day After aka Tribulation?”