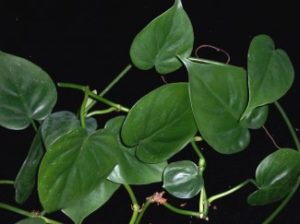 Okay. Yeah, I know. It’s been a couple of months…cold months, I might add. Here we are at the end of May, and we are still in the 70’s, inching into the 80’s as we slowly head into summer. Other than the fact that we should have hit 105 degrees by now, I’m not actually complaining, though I know it sounds like I am. So, here’s why I’ve been remiss in my blogging duties and tweeting, etc.−I’ve been trying to get through college so I can get my psych degree. Yes, go ahead and laugh. I get this is amusing. What’s even more amusing is that I’ll be going on to get my master’s after that so I can do something useful in life that actually pays real money, like working with other people. I, however, haven’t forgotten my writing. It’s just been difficult to do both things at the same time. Is it my fault if 15 hours of classes and doing sundry other things put a ding in my writing swing? Okay, I know that was really bad. I’ll never say or write that again. Promise. You get the gist, though…I know you do. Not to mention that I’m now doing volunteer work. Well, I won’t go into any of that, I’m trying to keep these two things in my life separate because, you know, I can get a little snarky and rude and with my impressive, fucking language skills…well…you understand why I would want to keep my volunteer work separate from my writing, right?

And then two weeks ago, my Mom found out she has breast cancer, which is totally unheard of in our family; but there you go. She’s only 68 and has been suffering from COPD for a dozen years already and diabetes for about eight years and now, to add much insult to major injury, she’s got breast cancer, so she’s going to have a lumpectomy coming up very soon; and just yesterday, another woman I know died from breast cancer. God Bless her and her family! She led a valiant fight and died a warrior and hero in my book! And then there’s another friend, who I haven’t spoken to in like a year…but y’all get that time and me…we’re just at odds and I turn around and a year has passed…so, it’s not that I haven’t been thinking about her, it’s just…life. My life. Anyway, I understand this friend’s Mom just passed as well. So all of this is totally freaking me out! And, honestly, there just isn’t enough time or energy to do and get everything I need to get done and see the people I need to see and express to them how much I love them and how important they are to me…but I’m going to make a conscious effort to do better. And I know it sounds really weird, but while this major health scare with my Mom and the deaths of people I know are what should be foremost on my mind, and they are−there’s room in my ADHD brain for all of this−what I’m most terrified of is the fact that my twenty-three-year-old daughter is moving out on her own the first of June, which is only days away.

Why am I terrified? I get she’s an adult and everything, but she’s my baby! And I love her and will miss her even though she’s only going to be less than ten minutes away. Still…And she’s very ADHD. Like me…only worse…and I don’t say that to be unkind. This is a given fact and I know she’s a very level-headed young woman, but ADHD is insidious. And I’m going to miss not seeing her every single day and hearing her voice every single day and yelling at her to clean her room or bring her laundry down or to BE SAFE or to remind her to call me when she gets to wherever she’s going and when she gets in her car to come home. And this stupid song by The Fifth Dimension of all things, keeps playing in my mind, “One less bell to answer, one less egg to fry, one less man to pick up after, I should be happy, but all I do is cry…” and my daughter’s not even a man, and I don’t really fry that many eggs or anything and it’s not like we’re breaking up or anything, she’s just growing up…It’s fucking ridiculous and I hate it, but I just feel so sad! She’s such an “out of sight/out of mind” kind of person, so maybe I’m just afraid she’ll all but forget me as she forges ahead at the terrible speed of life.

It occurred to me last night that I should do something special for her, that I should give her a gift from my heart. And I thought, I know, I should write her a book; a book about how to stay organized and on top of everything that life has to throw her way, especially with her ADHD. I’ll put in tips about how important it is for her to keep a routine so that everything important will get done like laundry and cleaning and putting gas in her car and eating and making and keeping doctor’s appointments, etc. and how imperative it will be for her to have a specified place for everything like her car keys and purse and glasses and other stuff so she can find her things without going crazy or running too late. And I thought, I should have written that months and months ago and now I’m down to the last week, and I haven’t even started it yet…because, of course, I too, have ADHD and didn’t think about it until just now, which is…too late. Crap! Crap! Crap! So no time like the present to…PANIC! Anyway, I’ve got most of the chapters named. I’ve even thought of a title, Organizing Tips for the ADHD Soul. Won’t that be great for this book? I just need to write the damn thing. Not that it’s a damn thing…because, you know, it’s a gift from my heart to my daughter, but it will need to be concise. Maybe I’ll bullet point the important things, or everything, so she can just flip to what she needs to without having to do a lot of reading. And I’ll need to get her a plant to take care of because…nothing says you’re out there and living on your own like taking care of a plant. It will be a hearty plant, one that can thrive on neglect if need be. I bet my daughter will pick out a really good name for it. When I see her, I’ll be able to ask her how her plant, what’s-it’s-face is doing. It will give us something to talk about. Yep, I’ll give her the plant first to tide her over until I get finished with the book. Then I’ll give her the book. The plant will just have to do until then.