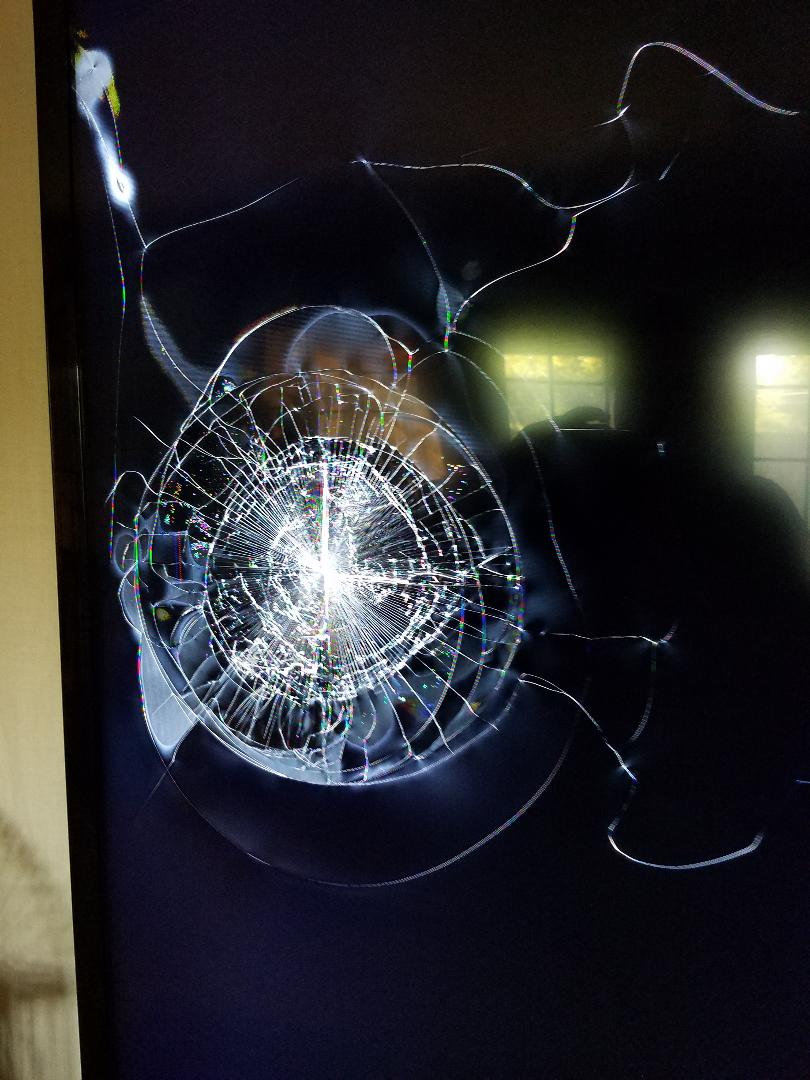 Pull up a chair, take a load off and pour yourself some wine or other libation. Just ignore the screaming in the background because neither of us are going to be able to make it stop. Here, I’ll turn the radio up to drown out the noise.  Oh, and I’ll set out a platter of fruit and cheese and then we can party. How about it?

I know I’m bellyaching right now, but I try not to do this too much unless I can sublimate the hell out of whatever it is I’m whining about and turn it into amusing fodder for writing — otherwise, what’s the point? Still, when I hear someone else’s tales of woes, I often think to myself — not out loud, “Yeah, you just think you have it bad!”

And while I know it’s not a competition — because if it were, I wouldn’t necessarily win (and who would want to?) — but, just saying, I’d be much closer to winning the “when-things-go-wrong-in-life” competition than most of the people I know. Of course, I don’t know that many people, so there’s that. Also, I’m not trying to minimize their problems or embellish my own, but, honestly, most people don’t have a clue how crazy my everyday life is nor do I believe they really want to. (I don’t blame them!) Lastly, please understand that when I wrote in my post earlier last week that the house is still standing and no one’s died, I fully get that in some peoples’ lives, they actually have to contend with just that AND WORSE! So I’m counting my blessings, y’all. Trust me, I know how blessed my family is!

I really have to have it up to here with someone else’s “wah, wah, wah, wah, wah” *my hand raised high above my head* — before I break out and say that my 21-year-old daughter had brain surgery. That usually shuts people the hell up. Not always, but usually. If it doesn’t, then I have to get the hell away from them because they’re too wrapped up in themselves and have found some kind of satisfaction in wallowing and pulling people into their special brand of misery — and that’s too much for me. No thank you.

I’m not unsympathetic — because I understand — there’s a lot of people who have it a helluvalot worse than I do; but when you think about it, the shit is spread pretty evenly among us mere mortals. We all have to deal with stress and difficult people and deadlines and aging and health issues and bureaucracy and technology that boggles our comprehension and money woes and other kinds of silliness. It’s not fun; hence the term, stressful. And who doesn’t have family members who are deranged that they have to deal with from time-to-time? Also, let’s not forget that we all have to battle our own inner demons/ inner critics/ mental illnesses. How have any of us survived this long? It really is a miracle when you think about it, but we are a resilient lot — unlike breakable phones and TV’s. BTW, flying projectiles and TV’s don’t mix well nor do phones under the tires of vehicles!

I like to remember that growth often requires fertilizer — something I try to keep in the forefront of my mind as I go through my day-to-day grind. Author Robert Fulghum addresses what I’m talking about quite succinctly in a chapter in his book entitled Uh-Oh: Some observations from both sides of the refrigerator door. The chapter I’m referring to is on Page 143 of his hardcover book and, basically, is about knowing the difference between an inconvenience and a problem. I like to read that every so often to remind myself of this. I truly believe that my life and most others’ are full of inconveniences. Perspective helps, y’all.

And yet, there are those moments, those days, those weeks when I find myself in a hurricane force storm of one-thing-going-guano-loco-after-another-thing and it’s all just too much for me to handle at one time; which is where I’ve kind of been since around June 20, give or take a few days. Which is also why my writing has been so sporadic.

Welcome to my world, y’all. Sometimes it’s just an inconvenient shit storm as well as a smashing good time! Who says it can’t be both? (As I’m reminded even now as I write this!)

So I’m going to show you some pictures now. I’m not going to tell you exactly what happened or why, but just keep in mind what I said about family members and difficult people and stress (ongoing, persistent, never-ending stress) and mental illness and RAGE and this is the result of all that.

Broken Samsung products caught in the crossfire of my life: our 65-inch TV and my phone. If I had one more broken Samsung product to show you, then I’d call this a pattern. Thank God, we only own two. Also, as expensive as these products are, at least no persons or pets were hurt. 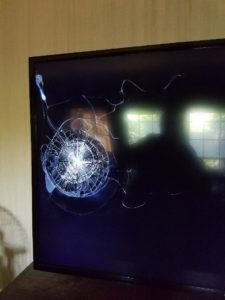 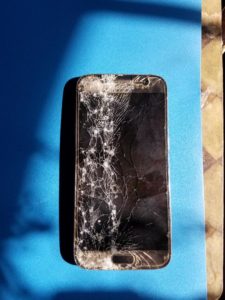 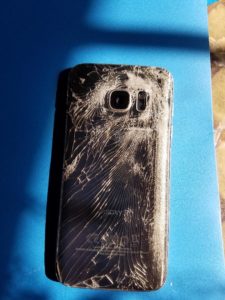 See, there’s a silver lining to everything.

Keep it real, y’all, but it would be great in this triple-digit July heat if everyone could just chill. Everyone deserves a break! (No pun intended. Okay — pun intended!)

PS — My broken phone’s gone back to whence it came and I received a new-ish one in its place (Thank God for insurance!), but I still have a slightly dented “like-nu” Samsung TV to give away for FREE! (See pics above.) It might need a new screen and other repairs. BUT IT’S FREE! So, if you’re interested, let me know.

PPS — Still looking for a home for Buddy! If my Wayward Friends could help out by spreading the word — I live in the suburbs of Dallas, Texas, for a point of reference. I don’t think I could ship Buddy off to Florida or California or Maine. However, if y’all know someone in the D/FW area of Texas who deserves a good dog like Buddy, please let me know as soon as possible!

Thanks, y’all are the best!

6 thoughts on “Samsung Swan Song aka Smashed to Smithereens”