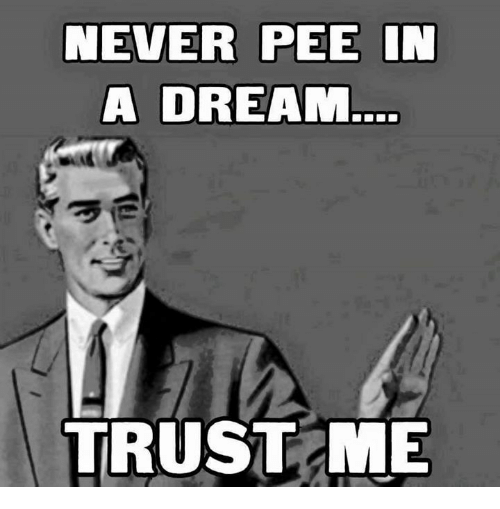 On this hot, steamy summer morning, I woke up just early enough to get my shower and head out the door to get my 7:30 AM Xolair shots. Only I wasn’t early enough, apparently, because my son beat me to the bathroom. Again.

Ryan was in there a loooong time — showering and doing bathroom things that I have no interest in knowing about. I was highly annoyed because this is the second time in the last two days when I wasn’t able to use my bathroom because Ryan managed to get there first. In both instances, I was late to where I needed to be. 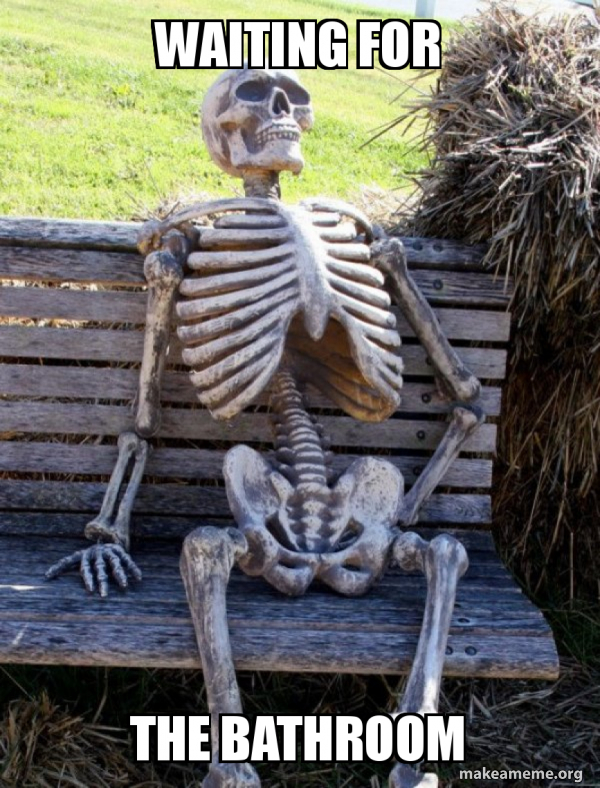 So while I waited for the bathroom to free up, I read Kat’s new post at Angel Who Swears, “To Pee or Not to Pee,” which was hysterical! If you haven’t read it, you should. Matter of fact, it’s very relevant to this post; so please, take a moment and read that now.

Let me just say, I’ve done the pee pee dance before. Kat hit the nail on the head with this one! Anyway, I commented on her post and, eventually, the bathroom opened up.

I finally got my shower, dressed, headed out, got my shots and came back home. I pulled up to our house and sat in the car with the AC on. I wanted to read a few blog posts before I headed inside. The next thing I know, Ryan’s tapping on the window. I unlocked the car and he opened the passenger’s side door.

“Say Mother, how would you like to go out for breakfast this morning?”

So Ry disappeared and I resumed reading blogs. The next thing I know, David’s tapping on the window.

As it turned out, David and Ryan both wanted to go, so we headed to the Pancake House and had a nice, leisurely breakfast. When we got home, I decided I needed a nap. David and Ryan decided they needed a short rest, as well. We all went back to bed.

That’s when I had a dream.

I’d just come from Texas to visit Kat at her house in Oklahoma. I knocked on her door. Someone let me in but told me Kat was out at the moment.

I heard saws and hammers and work going on inside. I was told that Kat’s house was being renovated due to all of the storms this past spring. I peeked just past the entrance and into the living room where walls were being torn down and new construction was going up. I took a video of the hard work going on. Then I said, “Excuse me, I’m going to go find a bathroom,” and I left.

I stepped away from her house and all of a sudden I was in a dark theatre. I was looking for the bathroom and realized that the only way to go was up a very wide staircase to the second floor. I could hear people talking up there.

As I started climbing these stairs, I  noticed the stairway was very dark. I could barely make out each step. I stepped on what I thought was a stair but it was actually empty air that turned into a slide. I slid all the way down to the bottom of the staircase. That’s when I realized that the steps were rigged, and you had to be careful and plan how you approached each step or you wouldn’t get to the top.

I finally made it upstairs and I saw Kat. She said she was wondering what had taken me so long. I told her that I took a really good video of the work being done on her house and was going to name my new blog The Fall of the House of Roman or Roman Conquest but I wasn’t sure which, yet. She started laughing.

All of a sudden, people dressed in medieval costume were fighting with swords all around us. Kat told me they were actors and they were having a dress rehearsal. I told her I was looking for the restroom and she pointed to the lit up “Restroom” sign.

I followed the neon sign to a tiny dressing room with just a bare toilet inside. The room didn’t have a door, it only had a ratty old curtain that barely provided any privacy. I told the several people waiting outside the curtain that I couldn’t pee while they were standing there. They started laughing, but they left. That’s when I noticed there wasn’t any toilet paper.

I came out screaming that I wasn’t going to drip dry. Who had the damned toilet paper? People started laughing and running away from me. I didn’t see Kat anywhere, and I decided that I’d better just leave. I started looking for the exit but couldn’t find it, and that’s when I heard someone say, “Here come the midget clowns.”

Whap! I woke up to the sound of a stapler being hit hard.

David was in his office working.

My bladder was very full. I ran to the safety, comfort and privacy of my own bathroom. The toilet paper roll was as I left it — full. Thank God!