Whew! The Super Bowl is over and I can finally get that nagging thought in my head cleared out.

I’ve been anxiously awaiting the results of the Super Bowl game (LIII) for about six weeks now because I heard a self-professed psychic make a prediction on Coast to Coast, the four-hour radio show that I listen to at night when I can’t sleep.

For those of you who aren’t familiar, Coast to Coast is a late night talk radio show with guests that discuss everything from ancient alien theory, paranormal phenomena, alternative medicine, government secrets, Big Foot and other monsters as well as conspiracy theories — any and all of those things that most people scoff at. This talk show is one of the places where the weirdos congregate at night, those whose beliefs run the gamut of one hundred percent believers to skeptics that still find this stuff interesting if not exactly on the level.

I fall into the mostly skeptical category, but I listen because they dare to air all that is not considered “mainstream.” In other words, their bread and butter is interesting, provocative stuff that spurs my imagination. I’ve never been tempted to call in, though there are many that do; that’s also why I know this is where the weirdos congregate.

Yes, I know, I fall into the weirdo category too! If you don’t believe me, you can read or re-read my blog post before this one, which I think firmly establishes my reputation. Going by the few comments I received on that post, I either provided too much information and/or I just plain ol’ scared people off. Either way…

That’s okay. Judge me. I don’t care. Plenty have and do and it still hasn’t stopped me from listening to Coast to Coast. The only thing that can stop me is sleep — or this show’s damned, interminable commercials, which often puts me to sleep. At present, sleep is prevailing and I’ve been missing out on the show. Even so, it’s still good to know that if I can’t sleep for some reason, Coast to Coast is there for me.

On occasion, Coast to Coast will host a psychic or a numerologist or some other person who will give information or predictions about a person’s love life, career or health. The last psychic I remember hearing on the program pronounced unequivocally that Hillary Clinton would win the last presidential race. Oops. Talk about a loss of credibility.

However, the very latest psychic I heard was probably on New Year’s Eve. That’s when the radio show takes predictions from psychics as well as the average Jill and Joe Schmo caller about what they believe will happen in the upcoming year.

It’s amazing how many people predict (every year) that we will end up in an apocalyptic war with some other super power or that our economy is doomed and everyone will end up destitute or that aliens will land by the gazillions and wipe out the human race or that a meteor the size of Texas will hit the earth and demolish us. I’ve been listening for well over twenty years, beginning when Art Bell hosted it (God rest his soul); and so far, I’m pleased to announce — ALL OF THESE PREDICTIONS HAVE BEEN WRONG! Most scary are people making these predictions. They sound as if they are hoping this will happen to us. I mean, what’s up with that?

I can’t even begin to imagine just how boring or desperate someone’s life must be to actually cheer on the end of the world as we know it — actively wanting, hoping that we are wiped out or that we get into another world war! And for what? So they can tell their dead or dying neighbors, family and friends, “See, I told you so?” I mean how messed up do you have to be to want to make that your claim to fame? Like anyone’s going to like you after that?

Anyway, I don’t remember what the New Year’s Eve guest psychic said about wars or politics or economics or any of that stuff. What I clearly remember, though, is that she matter-of-factly stated, as though she knew for sure, for sure, that the Rams would win the Super Bowl this year. It was the confidence in her voice that made me take notice. It was as if she’d already seen the game and knew without a doubt what the final score would be. So with her utterance, it was — game on, lady psychic.

After that particular show, I made it a point to keep up with how the Rams were doing week to week. The following weekend, the Rams beat a team that I’m not sure they were supposed to beat. They played the Cowboys the week after that and we were also supposed to beat the Rams, but we, too, lost. (Speaking as a longtime Cowboys fan, that was a tough, bitter game to watch.) I didn’t watch the next game the Rams played, but it was against the New Orleans Saints. There was major controversy surrounding the outcome of that game, many claiming that the Saints were shafted; but regardless, the Rams walked away with the big W, which pitted them against the Patriots on Super Bowl Sunday.

So damn! I started thinking that maybe that lady psychic was on to something. Maybe she was even the real deal. I mean I’ve heard of real psychics — not that I’ve ever met one. But I’m open-minded enough to believe that there are people who might be sensitive to things that the majority of us are not. Again, though, it’s not that I’m seeking a psychic, it’s just that what this woman psychic said on NYE — well, it appeared to be coming true. And on some level, it was pretty cool to think that there was someone out there who had access to knowledge that the rest of us aren’t privy to. Basically, she presented as a human being who might potentially have a real super power. She was kind of like the math genius guy that retired and figured out a way to win at the lottery over and over and over again — legally. This man is now incredibly rich because he had the smarts to figure something out that the rest of us hadn’t thought to.

So I’ve been eagerly awaiting this game. On one hand, I was hoping that the Patriots would win because then a real life local-boy-does-good, Rex Burkhead, who just so happens to be a Patriot — would walk away with a Super Bowl win. That would be amazing, right? They used to call him Superman in high school. He was in my daughter’s class. Not that she knew him well or maybe at all. It was a big class. But they graduated together. My grandson played against him in high school as well. Rival teams. I understand that his nickname, Superman, was well-earned on the football field. 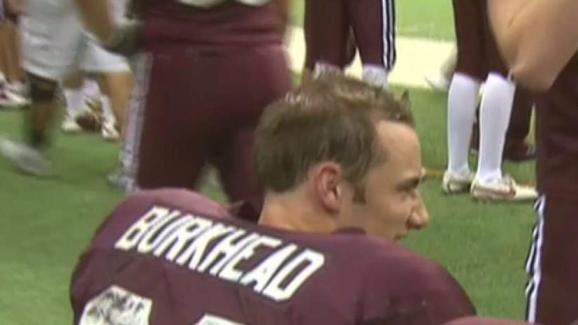 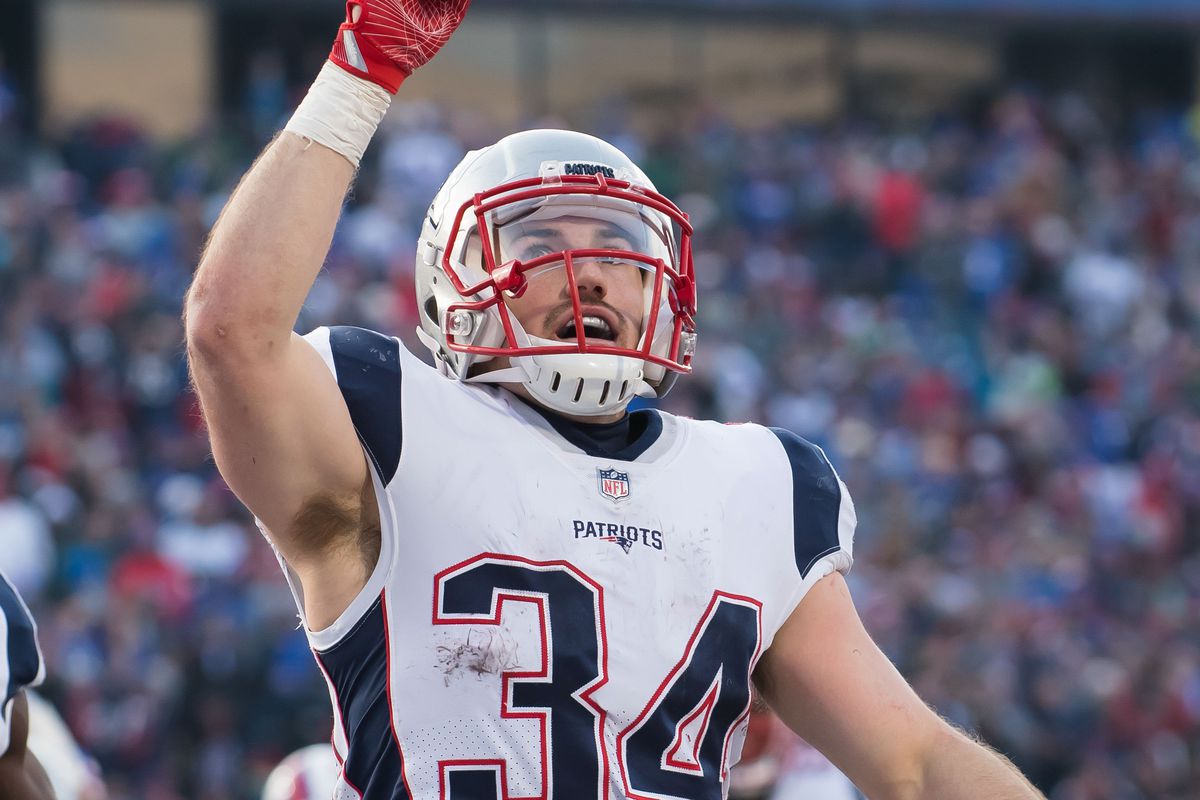 But then a part of me was also wanting the Rams to win, not to take anything away from Rex Burkhead and Company — it’s just that it would be amazing to know that this lady was a real psychic and that she had actually seen the future. But then there was a part of me that was also kind of like, no — talk about being unfair to the rest of us Schmo’s. The thought that there’s someone who knows the outcome of events before they happen just screws with any sense of right and wrong or fairness I have. Life is skewed against us enough — so to have someone who knows all the answers and outcomes but doesn’t have to figure shit out just like the rest of us — well, that’s just a little too much for me to be okay with. Not that I’m wanting to burn anyone at the stake or anything — but, yeah, I would be jealous. Why that person and not me, for instance?

Well, the good news, I guess, is that the Rams lost 13-3. So this is like the Patriots’ cajillionth win now. Yawn. So, it’s a mild disappointment on one level drowned out with a much louder, “Hell, yeah! Take that con-artist-psychic-lady-trying-to-scam-others-with-your-self-important-wanting-the-masses-to-believe-that-you-know-something-that-the-rest-of-us-don’t-with-your-fake-totally-bullshit-ability-to-predict-the-future! Some psychic you are! You get to go and sit by the other discredited psychic lady way down at the end of the Group W bench until you can figure out a way to rehabilitate yourself, Missy!

That’s what you get to do.

And with that I feel…better, I suppose. I’m glad that the NYE psychic was wrong because if she had been right (and there was a 50/50 chance she might have been), I might have wanted to try and find her and then I would have been scammed because my future and the future of my loved ones are of concern to me right now. I might have considered paying real money for a peek into the next ten to twenty years via this woman and might have even been willing to part with more money to correct something if it turned out my life was out of sorts and could be easily fixed with eye of newt and a few hundred or even a few thousand dollars. Hell, I’m just as vulnerable as the next person. BTW, do you ever think a psychic might ever give a prediction that you’re about to be taken for a buttload of money?

However, this didn’t happen. Know why?

This, of course, is just one more piece of evidence that Jesus loves me, God is watching over us, and all is well in the world. Order has been restored.

That’s why. Now I can sleep easy. Nighty, night, y’all!