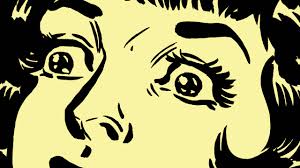 Okay, life’s been weirder than it usually is for me. Writing helps me process weirdness, though, and I normally have the ability to find absurdity in whatever’s going on and then find a way to amuse myself with warped, dark humor. That’s called sublimation  −  my favorite of Freud’s defense mechanisms. I can usually sublimate the hell out of just about anything. However, that’s not happening for me right now.

I’ve been writing, but nothing amusing is coming out, so my blog has sat waiting. Even so, I promised myself that I’d write a blog post today. So, for better or for worse…

I’ve had plenty of opportunities to write about current events. There’s the mad pooper who’s been in the news. Yeah, that was a gift from the gods of absurdity (Thank you Karen, Amanda and Jill!) But I didn’t take advantage of it at the time and that story’s come and gone, so maybe I’ll write a story/essay that will go into a book one day that includes the mad pooper in it. If you haven’t heard about her, then here’s the link. It’s worth checking out if you’re into that sort of shit.

The fall TV shows have arrived and I could write about them. YAWN!

For instance, personally, I’m in the midst of a lawsuit brought on by my ex-husband. I can’t go into details at present, but one of these days, I’m going to have one brilliantly bitter story to tell − because if orange can be the new black, then bitter can be the new − je ne sais quoi! I promise to wear it well when the time comes.

Also, November 3rd is coming up which marks the anniversary of Mom dying. Is it normal to actually feel this anniversary arriving throughout my entire being?

Everyone knows what’s been in the national news. Nothing good there. There was the mass shooting in Vegas. Then Tom Pettty died. Wildfires are out of control in both Napa Valley and Sonoma Valley, California wine country, as I write this. I don’t even drink wine that much and I’m grieving. There’s more evil out there, but it’s too much. I’m sure those in the instant news business are flush with the amount of work they’re getting these days.

Locally, “news” offered up a lesser mass shooting than the Vegas one, not more than five miles from where I live. (I can’t even believe I’m writing “lesser mass shooting.”) It happened at a football-watching party hosted by a young woman for her friends. Her soon-to-be ex-husband showed up and decided to inflict his special brand of misery into the lives of the families of the individuals he stole from them.

And, again as I write this, I’m waiting to hear, hopefully, some good news about the missing three-year-old girl, who lives less than five miles in the other direction from me. The Amber Alert went off yesterday for little Sherin Mathews, though, they’ve discontinued it for the time being.

All I’m saying is that I have a lot of pent up frustration right now, so if the Richardson police could use someone to beat the sonofabitch father of this baby girl − you know, I’ve never done it before, but it might be worth it. Can they waterboard this asshole with milk − because someone needs to do something! Apparently, the story this idiot is giving is that he left his three-year-old daughter out in the alleyway by herself at 3:00 a.m. −  yes, you read that right −  3:00 a.m − like in the middle of the night, 3:00 a.m. − to teach her a lesson for not drinking her milk! He’s suggesting that coyotes may have taken her.

Oh, really? That’s the story you’re going with? How about this − you want milk, motherfucker? I’m sure that can be arranged! Then maybe we throw you out to the coyotes! Or worse!

Okay. My head’s about to explode, but I’m reeling myself back in, anyway! Also, I need to stop spewing forth violent sentiments before I get myself in trouble! Don’t mind me, I’m just in a mood. Because what I know is that even if given the chance, I wouldn’t touch this motherfucker, but I could probably make him wish he were dead just by talking with him for a while! Okay. I’m sure I didn’t mean that either! Well, I did, but it’s a momentary thing. I’m just venting because I’m human and, right now, I’m sad and angry − about this little girl and a lot of things − all out of my control! So, the one thing I’d like to say for now, the one thing that I do mean, as if it even matters  −

NO ONE ELSE DIE! OKAY?

Can we just put a hiatus on death and tragedy for a little while?!

I know that’s not going to happen, wishful thinking on my part, so the next best thing, I guess is  − I need to stop reading, watching and listening to the news for awhile. I’ve needed to disconnect for months now anyway. I’ve written about needing to do this. But now, more than ever, it’s really starting to get to me, and the only way I know to keep it at arm’s length at the moment is just to say  − STOP! I CAN’T HANDLE ANYMORE! BAD NEWS GO AWAY! I’M TURNING YOU OFF!

Someone please be kind enough to let me know if they find this little girl safe and sound! Otherwise, don’t tell me if the outcome is bad. I’ve already got a sinking feeling and I don’t need that to be confirmed.

Right now, I’m just hanging on tight, waiting for the current shit storms to subside  − and venting a little.  That’s more than enough for now.

Also, Wayward Friends, good news would be welcome at the moment. Not trivial good news. Not good news attached to bad news. I’d like to read some good news for no other reason than because sometimes good news happens! If you have any you’d like to share, now’s your opportunity! Please share your light with us and consider it a lifeline. Especially after this blog post. I’d be more than appreciative!

2 thoughts on “No One Else; No More Bad News”