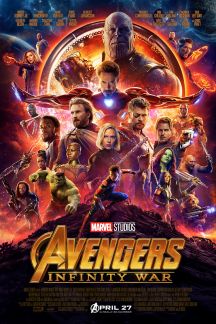 After a little back and forth about what to do for Mother’s Day, Lauren took me to see The Avengers: Infinity War movie because I’d been wanting to see it. Of course, my daughter who is passionate about super heroes and is dating someone who is also well-versed in comics, already saw it. Even so, she was more than willing to go again and take me along. As it turned out, David also wanted to go. Ry, however — not so much. So the three of us went to the 11:00 a.m. showing and Ryan got to sleep in.

Before the movie, Lauren warned me that it was long, well over two hours. I told her that was fine. And considering the fact that neither David nor I had slept very well the night before, he and I only dozed off a few times during the show — but only during those times when dozing off was acceptable. (Don’t ask me when that was exactly because I don’t know. I was dozing.) Lauren, in turn, was really good at nudging me in the ribs so I wouldn’t miss the most relevant, exciting and/or important parts of the story — like scenes with

Chris Hemsworth as Thor in it or 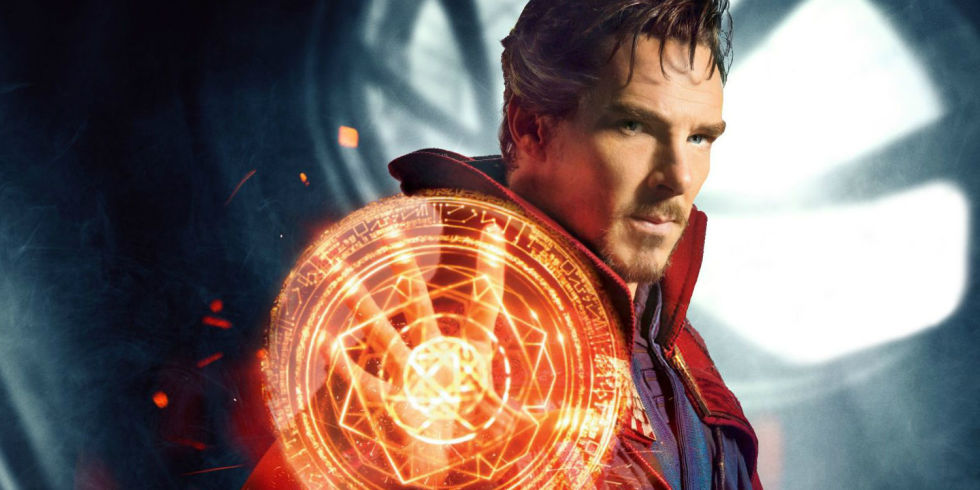 Her tactic was so effective that I also used it on David. It was almost like doing the wave at the ballgame, except it was at the movies. And instead of lifting arms up in the air, we used elbows to poke ribs. Lauren would nudge me and whisper, “Wake up! You’re missing this!” Then I would open my eyes, promptly turn to David, nudge him in the ribs and say, “Wake up! You don’t want to miss this!”

It was an action-packed movie and you should see it if you haven’t yet. If you’re prone to falling asleep during movies, call me and maybe I’ll go with you, especially if you buy. I’ve gotten pretty good at nudging. Also, I like watching movies a second time to catch all of the little things I might have missed during the first go round.

It was after the movie, though, when we get to the crux of this story. Suffice it to say that Infinity War leaves us hanging until the next movie, which according to Lauren won’t be out until sometime next year. However, it is for this very reason that fans have the opportunity to debate among themselves how our Avenger friends are going to get out of the present pickle they’re in, when all hope appears to be lost.

This super heroes’ debate was even more amusing as Lauren and I stood in line for the restroom after the movie. Women, whom we didn’t know, were intently listening to our debate and begrudgingly leaving the line to go into a newly available stall.

Me: I’m just saying — where the hell is Superman when you need him?

Lauren: Oh my God. You did not just say that! Who are you! Superman isn’t part of Marvel Comics!!!! He’s part of DC Comics! I can’t believe you just said that!

Me: So what if he’s DC. All I’m saying is that Superman would never have allowed this to happen!

Lauren: I don’t even think I can talk to you right now! That is not how this works!

Lauren: NO! (Her hand was up shielding her face at this point.) I don’t want to hear this! You, clearly, don’t know how any of this works! So just stop. Here’s what I think is going to happen in the next movie, though, WHICH HAS NOTHING TO DO WITH SUPERMAN!

Me: Okay. Well, what about Wonder Woman then?

Lauren: (Giving me an evil, threatening look while simultaneously trying to calmly explain as though I were an ignorant and willful child, which, okay, I can sometimes be) Again, Mom, Wonder Woman is DC Comics. And the movie we just watched was Marvel Comics. Stop talking now because you’re embarrassing yourself and me!

Lauren then proceeded to give me and everyone else in the restroom her prediction of how the next Avengers’ movie might possibly play out. It was at this point when several women in line started asking her questions. They ignored me altogether because: 1) Lauren is a millennial who obviously knows what she’s talking about; and 2) I am not a millennial, so obviously, I have no credibility concerning The Avengers, The Justice League, etc.

Anyway, Lauren’s theory/plot for the upcoming movie involves The Watcher (a cosmic being) coming in and fixing the mess leftover by Infinity War! While her idea has merit, I still think that Superman, Batman, Wonder Woman, Aqua Man, etc. aka The Justice League, should join forces with The Avengers!

As I told Lauren, maybe by working together, these two forces can trap the villain and imprison him between their two separate universes (Marvel and DC) and that’s how this story resolves! The villain will be stuck in perpetual purgatory and won’t be able to escape. Anyway, that’s what I think and I stand firmly behind my speculative plot! 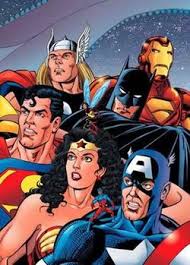 Lauren, however, was and remains adamant that Marvel and DC are destined to remain separate forevermore. Their characters cannot and will not ever crossover into each other’s realms, and she can’t believe that I would ever think this could happen. Also, she’s not buying into my whole quantum multiverse theory as part of the plot twist in the 2019 movie.

Has she never heard of quantum multiverse theory before? Duh! I may be disappointing to my daughter, but at this moment, Sheldon from Big Bang Theory is even more disappointed in Lauren. (By the way, if you are a Big Bang Theory fan and didn’t see their moving  tribute to Stephen Hawking because they couldn’t fit it into Amy and Sheldon’s wedding episode due to time constraints, then you can watch it from here!)

Anyway, as Lauren and I walked out of the restroom, David greeted us with, “So, where was Wonder Woman in this movie?”

Lauren gave both of us dirty looks as though we planned this and said, “What is wrong with the two of you?! Honestly, I can’t deal with either of you right now! Neither of you are allowed to say anything else for the next five minutes!”

Okay, then. Geez. Some people.

This Monday morning, I was reading more of Jordan B. Peterson’s book, 12 Rules For Life: An Antidote to Chaos, which is 409 pages long on my Nook. I’ve been reading this book most of this week, well into the wee hours of the night, which is partly the reason why I fell asleep at the movies on Mother’s Day. This book has nothing to do with going to the movies, btw. It, however, does have some dense but thought-provoking content, which has taken me a very long time to process; but has been well worth the effort! I may not agree with every argument or point Peterson makes, but I have so been waiting for a book like this!

Therefore, I probably shouldn’t have been surprised — and yet I was — when I began reading about the very topic that Lauren and I’d been discussing yesterday in the women’s restroom. Talk about timing!

On Page 356, Peterson discusses the fragility of humankind. He brings in DC Comics to make his point on why humans need limitations. He explains that Superman ended up with a bad case of “terminal deus ex machina,” which is Latin for “god from a machine.” According to Peterson, throughout Superman’s evolution, he eventually became invincible, which then made him boring, which is not good for keeping comic book audiences happy. Because if Superman is invincible, then what’s the point of the story? Why read or watch something when you already know the outcome — when there isn’t even the slightest chance that Superman could fail?

Peterson suggests that when a plot gets into trouble because a character ends up being too powerful — whether in Superman or in other stories — and, apparently, plots with these kinds of characters have shown up since ancient Greece — often the only way to get out of said predicament is to introduce an even more all-powerful god who swoops in and fixes everything! Peterson says that sometimes this works, but most of the time it just annoys or angers the audience, who until then were willing to suspend belief. However, add in a little too convenient, all-powerful god or a completely implausible twist that fixes an otherwise unfix-able plot, and that just screws up the credibility factor of the story. Mess that up, and you tend to lose your audience.

So, when Lauren was describing what she believed might happen in the next Avengers’ movie, she more or less suggested a potential plot that works along these very lines. That, of course, suggests that my daughter is brilliant; because I guarantee you, while Lauren may read comics and Harry Potter, she has never read Peterson.

As I continued reading, though, what I found even more relevant — and God I wish I had known this yesterday — was that Peterson also noted that in 1976, Superman battled Spider Man — the first crossover story between DC and Marvel Comics!

Of course, this means that I, too, could be correct in my speculative theory about what might happen in the next movie! Also, I like my version better than Lauren’s, because my plot is much more soul-satisfying. Also, it involves MORE SUPER HEROES and multi-verses! Also, Lauren’s cosmic being, The Watcher, is welcome to join in the fun if it wants — even if it sounds a little creepy and stalkerish!

So, who doesn’t know what she’s talking about now, Lauren, and all the women in the restroom yesterday who thought I couldn’t possibly know what’s what?!

Score one for Generation X, y’all!

Also, this is not the only argument Lauren and I had on Mother’s Day. Tomorrow, I’ll get into our Harry Potter argument!

All in all, I had a wonderful, intellectually stimulating Mother’s Day and I hope that you did as well!

Thank you, my beautiful, intelligent daughter Lauren, for spirited debates and just because I think you’re the best daughter any mother could be blessed to have! 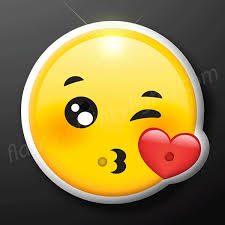 Also, thank you Ryan, for being the best son ever!

Until tomorrow, then, Wayward Friends — Sparkle On!

P.S. Happy Mother’s Day, Mom! I miss you and Grandma! I love you both!