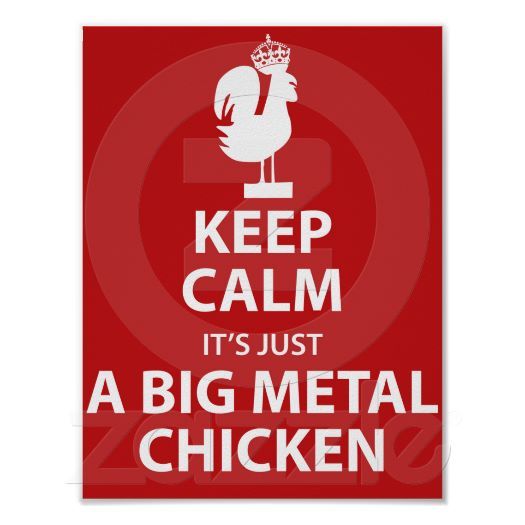 If she wanted, she could be a bad queen. But she is a good queen. A magnanimous queen. A beloved queen appointed as such by the Creative Spirit who has taken up residence within her cerebral orb. She is queen of a tribe of misfits who adore her. And she’s a little spooky, too. But, then, of course, so are we. That’s why we’re a tribe of misfits — we all don’t fit together quite right and yet we do — yeah, like that.

And I am one of Jenny Lawson’s aka The Bloggess misfits. Yep, I drank the booze-infused slushy she proffered many years ago and have become a proud, card-carrying bloggess-aholic — sans the membership card.

Wait a minute. I don’t have a membership card, y’all! Are we supposed to have a card? I have dog-eared copies of her books, I’ve gone to one of her book signings, I follow her on Twitter and I consistently read her posts. I even comment every so often! So how come I don’t have a card that says, “Proud, card-carrying minion of The Bloggess?!” or “Proud, card-carrying Bloggess-aholic tribe member?!” Okay. I like the last one better. Is it okay if we make our own card? Does a homemade card still count or do you have to sign up to her bonafide fan club to get one?

Wait a minute — SHUT THE FUCK UP, Y’ALL!

DOES THE BLOGGESS HAVE A FAN CLUB THAT WE’RE SUPPOSED TO SIGN UP TO THAT I DON’T KNOW ANYTHING ABOUT?!

DAMMIT! WHY AM I ALWAYS THE LAST TO KNOW THESE THINGS!

And because of this, among other things, I’ve been late in responding to Jenny’s #let’s be friends post from April 25, 2018. And as usual, I screwed up my response. I don’t know why I get nervous when it comes to all things The Bloggess, but I do and then my attempts to communicate become AKWWARD2.

On this particular post she wrote, Jenny gave her readers the opportunity to introduce themselves and provide their social media info — so we could get to know each other. That was incredibly kind of her and, of course, I wanted in!

in attempting to comment on some of her past posts, I’ve hit the wrong key or erased what I’d just written and had to re-type everything, sometimes multiple times, before my comment was post worthy. It’s my brain. It glitches.

Anyway, this time, I thought — I’ve learned from my mistakes. I’m going to do this right the first time when I comment on her post!

I knew I already had a saved file of an old introduction to Wayward Sparkles that I don’t use anymore. So I figured I’d copy and paste part of that onto the comment section. Then, even if I accidentally erased it, I could just re-paste it again! Brilliant! Why hadn’t I thought of this before?!

Yeah, it was a plan. Not a fool-proof plan.

Don’t ask me why. But at least now I know I can’t.

So then, I had to print out a copy of what I wanted to say and then re-type that into the comments section. After taking painstaking care not to screw up my comments before posting, I made sure my name was on it. I made sure it said Wayward Sparkles on it. I checked all the appropriate boxes and then after proofing it one last time, I hit the post button. It was an exhaustive effort, but worth it!

That’s when I discovered that I commented on the wrong post — Jenny’s “The most baffling things Amazon recommended” post.

Also, there was no way I could undo or delete my comment.

Stop asking me why, y’all! Or how I could have done that! I’ve already told you, I don’t know why or how these things happen to me — they just do!

After that, I just wanted to go and crawl under a rock. And I did for awhile. But then I crawled back out and tried it again. I finally made it to the right post, the #letsbefriends post, which I triple checked to make sure I was where I was supposed to be — and then I had to go through the whole process again — this time with concessions to my comment fail on the wrong post. So, yeah, the second attempt didn’t have quite the same — shall I dare say “sparkle” — as my first attempt. Again, though, this is my life. This post is just one of many that explains why my blog is called Wayward Sparkles — Stories of this life gone astray. The embarrassment never ceases.

Also, dammit! I thought I’d licked my commenting issues! I just knew that copying and pasting was the way to go —

I love The Bloggess. I love the tribe that I’m part of. But even the most awkward among us tend to be adequately savvy in the commenting department. So, why I can’t be will remain as one of the existential questions of my life.

Anyway, I’m going to go now and have a wine slushy and create a membership card for myself. If I get really ambitious, maybe I’ll make a t-shirt, too! I’m thinking the front of the card should have Jenny’s metal chicken on it with the caption, “Knock, Knock, Motherfuckers! I’m friends with Beyonce!”  On the back it would say, “Official Bloggess-aholic! — Proud, wine-slushy-drinking, card-carrying, tribal member of The Bloggess!”

Not sure whether wearing a t-shirt with “motherfucker” on it will get me into trouble though. I’m in trouble enough as it is. Sigh. Maybe I could change the wording to “motherclucker!” What do y’all think? Maybe I should run it by Jenny, first. Or maybe she could make up membership cards we could buy.  I’d get one in a heartbeat. Besides, I don’t want to infringe on copyrights or anything like that.

Or is there a fan club? If so, how does one join? If not, then why not? For a slight upcharge, I’m thinking Jenny could set this whole thing up and her bloggess-aholics aka tribe could get a pair of mismatched socks, a membership card and a t-shirt. Of course it goes without saying that we’d also get first crack at new books and merchandise, tickets for upcoming events, signed copies of stuff, etc. Or is that just me being selfish? If nothing else, I really want a membership card!

Wayward Friends, who may also be tribal members of The Bloggess, I’d love it if you could help me out here in the comment section by answering the above questions. BTW, if I can figure out how to “comment,” then I have faith that you can too! It’s persistence as much as anything. Please don’t leave me hanging.

P.S. I’ve been checking out numerous tribal members from The Bloggess’s now great data base aka the comment section! Great writers, one and all! So glad Jenny gave us this opportunity to get to know one another — in a casual and cool yet awkwardly shy kind of way. Hope y’all find me, too.

Sparkle on in your own wayward style, y’all,