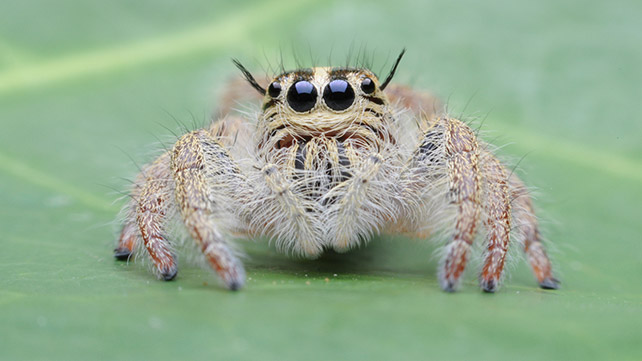 One of the things I’ve been working on in my life is accepting others without judgment. I realize I can’t and don’t know all that goes on in someone else’s life and, therefore, I have no reason to judge anyone – but I’ve gotta admit – all of my will power left me after I read an article about the six-year-old boy out of Orlando, who was scratched by a “sick bat.” The young boy convinced his dad that he didn’t need rabies shots because it was only “a little scratch.” And the dad, in his infinite wisdom, backed down because as everyone knows, a little soap, water and antibacterial ointment does wonders when you’ve just been infected with

This child so didn’t have to die! So, yeah, I was all judgmental because, as a parent, how the hell do you let your six-year-old call the shots (or lack of shots in this case) regarding life and death matters?!

Then there’s the story about the parents who were arrested for chaining, torturing and starving their thirteen children for God knows how many years.

Nope. Still not doing any good in making these parents leave my brain.

Note to self: Need to buy new keyboard before I end up beating this one to death with my head! Add Advil to shopping list. I’m going to have a doozy of a headache.

Lastly, over this past weekend, I lost it with my own family. I truly believe I managed to channel both Mom’s inner bitch along with my own inner bitch, which led me to say some exceptionally bitchy and judgy things to people I love very much.

I am so sorry.

I should have kept my mouth shut. I should have been loving and compassionate and caring – and in a weird way, I was – it just didn’t come across that way. I’ll try and do better in the future, but so far, this has not been a good week for me in not being judgmental and so – what the hell – say it with me, People – loud and proud –

Okay, I feel much better now that I’ve gotten that out of my system – and thank you for joining in with me.

So last night when I was getting ready for bed, I noticed a nasty bruise on my arm. I vaguely thought, “Where the hell did that come from,” before promptly forgetting about it.

Well, this morning, my bruise was throbbing and painful. I looked at it a little closer in the sunlight. That’s when I noticed two red dots – fang marks – in the middle of the nickel-sized bruise, which is beginning to turn yellow and is surrounded by a purple ring. So clearly, I didn’t bump my arm into a hard object as much as I must have bumped into some kind of ninja insect – with fangs. Because rabid or not, I’m pretty sure I’d have noticed a bat, snake or other animal noshing on my arm. The thing is, I don’t remember being bitten by anything, which leads me to believe this had to have happened when I was asleep. And now I don’t want to go to sleep anymore.

Since then, I’ve more or less verified – based upon images of other peoples’ bites I’ve seen over the internet – that I was bitten by a spider with little bitty fangs but one that still packed a mighty wallop.

At writers group, though, Alex thought my bite looked more like it came from a small child, not a spider. I assured her that I was pretty certain that if a small child had sunk his or her teeth into my arm, I’d have noticed. Cheryl, on the other hand, thought it looked more like a hickey. She giggled and then teased, “What was David doing while you were sleeping?”

I said, “Uhm, not sucking or biting on my – arm! If I have “marks” from David, they better damned well be located on other parts of my body – but I like where your thoughts are going! Also, you’re being a little creepy there, Cheryl – but that’s okay –  I can get around that! Can I quote you for my blog?”

“NO!” she said horrified.

Anyway, the real point is – of course, this spider bite is happening to me right now! Why? Because I’ve been unabashedly judgmental toward others and so now, Karma has given me my own “little scratch” to deal with. And why would Karma do that?

Because no matter how badass you think your inner bitch may be, KARMA IS STILL THE ULTIMATE JUDGMENTAL BADASS BITCH! THAT’S WHY!

Still, this is just a spider bite. This is, however, the first time I’ve been bitten by a spider and had this reaction. Google hasn’t allayed any of my fears either – because different websites are suggesting that whatever spider I’ve been bitten by is probably poisonous – more than likely a Black Widow or Brown Recluse.

So just how poisonous is the spider that bit me? Is it deadly poisonous or just poisonous enough to make me feel lousy for a day or two?

A close, second concern is – even if I don’t die, will I develop ulcerative necrosis? Will my right arm die and fall off? Because I need my right arm with my right hand attached! I’m right-handed and not ambidextrously-inclined and I have no intention of becoming so because my right arm has fallen off! Which, when I think about it, would just make me plain, old left-handed because I would no longer have a right hand with which to be ambidextrous. I’m pretty sure you have to be able to use both hands in order to qualify for ambidexterity, which is really pretty cool when people have that ability – but, nope, in this scenario, that wouldn’t even apply to me. I’d just have to learn to become left-handed, and that is not pretty cool.

I’m worried about this because one website suggested that most spider bites go away after a few hours unless they’re poisonous or you’re allergic.  But, of course, my spider bite is still here two days later. I know. I should just go to the ER or my doctor while there’s still time to save me or my arm. Except, well, it’s a little more complicated than that.

First of all, I still bear psychological scars from the time when I was twelve and I was bitten by a scorpion. I insisted that my parents take me to the ER in spite of the fact that my family acted like I was being a diva. Mom and Dad decided that all I really needed to do was take a Tylenol and put an ice pack on the sting. But I was convinced that being stung by a scorpion required more than that. I might need anti-venom!

Unfortunately, Tylenol and an ice pack was the recommended and anti-climatic treatment reiterated by the ER doctor. What I most remember, though, was the ER staff’s attitude of, “Really? You came into the ER because of a little, old scorpion sting? And you’re twelve? Do you know how much this just cost your parents?” Because this was back in the 1970’s and my parents didn’t have health insurance so they had to cover the cost of the entire bill. So, yeah, I felt somewhat ashamed for making such a big fuss and I’m still not quite over it, so let’s just not talk about it anymore. Okay?

Speaking of insurance, my new health insurance just kicked in, which was the only insurance that was available to me and – apparently – is really only worth having if I’m about to die and am in need of emergency surgery because it covers virtually nothing nor any of my doctors and also has an astronomically high deductible. But that’s what I get for the fortune I pay every month at the HMO bronze level –

And, of course, there’s the whole flu epidemic going on right now. Where are you most likely to run into people suffering with the flu? That’s right – doctors’ offices and the ER. With my asthma as bad as it is, I’m not sure I’d survive this strain of flu, the H3N2 virus either Type A or B, if I caught it. Apparently, this is the worst flu season since the 2009 swine flu pandemic. The measly flu shot I got back in the fall so I wouldn’t get the flu this season – well that’s, apparently, not doing much for anyone – so my new strategy for staying flu-free can be capsulized by the acronym SHUN:

So even though I’m “SHUNning” the flu, with my luck and the bad karma I have at the moment, I’m sure I’d go see the doctor because I’m worried that my spider bite is going to kill me just to be told that my spider bite is no big deal. And then after having to pay an outrageous amount of money to be embarrassed again like when I was twelve, I’d end up contracting the flu and dying anyway. I kind of feel like I’m damned if I do and damned if I don’t. I could end up dying no matter what!

I’m trying to take a wait-and-see-if-things-get-any-worse approach. But as I write, I feel my face starting to itch. Or is that just my imagination? And I’ve noticed today that I’ve been sucking on my asthma inhaler more than I usually do. And this morning, I woke up with my stomach cramping. These are all symptoms of poisonous spider bites!

Perhaps I could even convince myself that this was nothing but mere coincidence, except I just finished watching an episode of Vikings! In this episode, the English King died from a bee sting. So fuck. If the king can die from a bee sting, what’s to prevent me from dying from a spider bite?

I suppose this is how Karma gets her kicks or restores balance to the universe or – whatever. Normally I’d be amused because I do appreciate irony – only, I suppose it’s doubly ironic that I’m not enjoying this irony.

So fangsalot, Karma! I get it. Lesson learned. I will try and refrain from being judgy because you can be judgier. And I’ll try to contain and quiet my inner bitch because no one can be a bigger bitch than you.

All I know is that David and I spend a helluva lot of money having our house and property sprayed to keep creepy crawlies, including spiders, away. So if I die from this stupid spider bite, our pest control company can expect a call from David, who, I have no doubt, will give them a stern talking to and will, also, be expecting a full refund. He would probably also send them a letter – except – his wife, who is also his secretary, is now DEAD, along with her keyboard! So at this point, David’ll just have to make do with what little he has left.