I am back to pretend blogging again because this whole blog thing has been utterly confusing, disappointing and slightly disturbing. When my brother Richard and his wife Kim came to town in late March, Kim fearlessly helped me set up a blog site on WordPress. I was so glad because like I’ve said before, I needed someone to hold my hand through the process. And by that I mean, I needed someone else to sit down and physically set it up for me while I watched and provided key information like − passwords. Kim and I were drinking chilled white wine at the time and we set up the blog site while we were a wee bit tipsy. In hindsight, this was probably not the best idea.

I don’t know why I wasn’t thinking about the fact that I’d need a name for my blog, but I didn’t have one in mind at that critical moment (too much wine, I suppose.) But all of a sudden, the time had come when WordPress prompted Kim for the name. Crud. This was difficult. While I’d once considered “And All That That Implies” as a strong contender, I changed my mind because, let’s face it … that would be difficult for people to remember and type in every time they wanted to check up on me. I do want to be considerate of my potential viewers. What to replace it with, though … hmmm … Okay. I had it!

What popped into my head was … “The Naughty Impress” with the tag line − “An absurd life seen through the imp of my mind.” I said, “Hey, Kim, how’s that for a name and tag line? (I thought I was being clever.)

Kim said, “Sure, that sounds good,” and since that moniker was available, she set it up for me. A few minutes later, my brother Richard came to my office to see how Kim and I were doing. I proudly told him my blog’s new name. Only, Richard kind of frowned at me and was all like, “The Naughty Impress? Are you sure that’s the name you want?” There was an awkward pause while I processed the significance of his question.

Well I thought that was the name I wanted − but now that he mentioned it, Kim and I started to mull over the possible implications of my having a site called The Naughty Impress − and you know, while I never intended anything inappropriate when the name popped into my head − I mean, in the end, who really cares about what my intentions were. Yep. Wish I’d thought that through just a little bit longer…

On one hand, it’s good that my brother is a bit of a perv and will point out things like this to try and keep me out of trouble. On the other hand, where was he when I needed his input before we set up the damn thing? I mean, by this time, it was already too late. In his defense, Richard did say that he never expected me to come up with “a name like that!” I suppose he had a point. Wait! Not so fast. He knows me! Why on earth would he leave me alone to come up with a name all by myself − after I’d been drinking? He said he thought he’d left me in good hands. At this point, we both turned and looked at Kim.

Well, yeah, of course. That made sense. Only WordPress wouldn’t let us. Sonofabitch.

Okay. That sounded even better. Sure. Only WordPress wouldn’t let us do that either. Stupid Sonofabitch WordPress!

So, instead, we drank the rest of the wine.

Honestly, I wasn’t trying to be a tease. But since at this point I’ve become one, I suppose I should heed the same sage advice that the mother of the renowned stripper, Gypsy Rose Lee, gave to her − 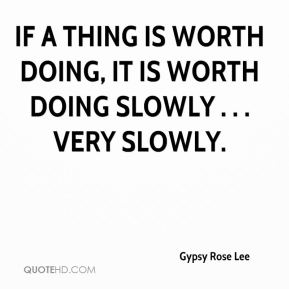 I was just thinking that in conjunction with what I wrote yesterday, maybe I should add an additional post to my real blog site that reads, “To Whom It May Concern: For all of you out there who think this site is pornographic in nature just because I’m The Naughty Impress, I just have one thing to say to you −

If you want it, then you’ll just have to beg me for it. That’s right. You heard me: ON YOUR KNEES AND BEG JUST LIKE THE SICK, TWISTED PERVERTS YOU KNOW YOU ARE!”

And that would be my very last entry.

Because then I’d be making them beg but then I wouldn’t be giving it to them. Right? Just like Gypsy Rose Lee? And that would be really funny!

But then I thought − What if I did that? Would that mean that even in a small way, I was feeding into the warped minds of the ones that want me to make them beg? I mean, what if even one of them were to enjoy my demands just ever slightly a little too much − in a dominatrix/submissive kind of way? WHAT THEN?

I know. It was just an innocuous little statement and I have no control over what other people … do. But still − wouldn’t that, even unintentionally, make me a bona fide pornographic blog site? Soooo … Ew! And I erased the whole thing before I posted it. I’m so glad I thought this through.

Because, I don’t want people out there thinking I’m that kind of girl, y’all!