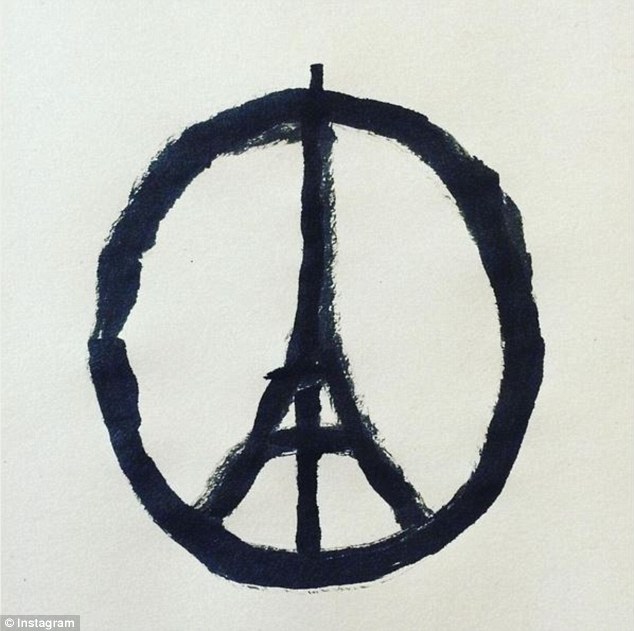 On Friday, November 13, 2015, I’d been in class for the past couple of hours learning about and discussing concepts like the Unconscious and the Collective Unconscious and even The Akashian Record, supposedly, the vast storage of collected wisdom and knowledge of all the souls who are living or have ever lived. The Akashian Record is supposed to have the answers to all of the questions ever asked or that ever will be asked. Apparently, you just have to know how to ask the right question and interpret the answer correctly, provided you can access it. Not many in the world’s history are supposed to have been able to.

We’d also discussed existentialism: the resounding why of our existence, individually and collectively. It was toward the end of this class when I was looking something up on the internet via my smart phone for the professor when I saw the headline, “Paris Under Attack.” I didn’t have a chance to read more than the headline at that moment, but I knew that whatever the news, it wouldn’t be good. After class, I went straight home.

David already had the TV on and was flipping back and forth between news channels. French President, Francois Hollande, said the situation was still unfolding. There were people in the concert hall, Bataclan, who were being held hostage. Other areas of Paris had been attacked as well. Mass casualties. President Obama made an address pledging to stand with France and do whatever was necessary. David and I sat and watched and listened as the media played live coverage of the sound of assault weapons and bombs going off in the Bataclan. Over the TV we were told that the police had mobilized an assault to try and free hostages. There would be no negotiated release. Eighty-nine would be the final count of the dead inside.

As we did on 9/11, David and I sat transfixed before the TV and watched, listened and prayed as civilians who were out for a night of fun died in real time. We were witnesses to senseless carnage half a world away in the City of Light.

Over this weekend, I’ve used my smart phone to supplement additional information as well as to reach out to others as I’ve watched TV.

A friend of mine had been to Paris last April. This past week, she told several of us that she would be traveling to Bogata, Columbia, in December for Christmas. Everyone was at a loss as to what to say exactly. On one hand, how very cool. On the other hand, we all had the same fear: Was it safe for her to travel there, especially since she was an American? We are terrified that our friend might be kidnapped and held for ransom. Yet, when she’d gone to Paris in April, in spite of the Charlie Hebdo attack in January, we hadn’t asked that question. It’s funny how we get it into our minds that one part of the world is safer than another part, even when confronted with facts that suggest something different. In actuality, no place is safe, not even my hometown − though, again, I’d like to believe otherwise.

As I sat in front of the TV with David, I texted her, “Have you heard about Paris?”

She replied, “Yes. I’ve been watching this afternoon. Very scary!!! And yes, I’m glad we didn’t get caught in it.”

Another friend has a daughter that lives in Paris. I haven’t heard from this friend yet. I want to believe that her daughter and husband are safe, though. I think I would have heard something if that were not the case.

Here in the U.S., people on Facebook are using the colors of the French flag over their faces as a show of solidarity.

Twitter keeps current information in real time. The members of the California rock band that was playing at the Bataclan, The Eagles of Death Metal, had escaped and were safe but they were still looking for crew members. An artist posted a symbol of a hand drawn Eiffel Tower turned into a peace sign.

On Saturday, information on my phone provided details about how Paris had changed. Everything was shut down due to its state of emergency. Borders were closed. People were not allowed to assemble into groups. A musician pulled his piano in front of the Bataclan and played John Lennon’s Imagine as people stood around and wept. I wept. People laid flowers in front of places that had been under siege less than 24 hours prior: a soccer stadium, a restaurant, a shopping mall, a music venue. Many who were interviewed were determined not to let the terrorists win and wanted to go about their day unfettered.

The Western world is in mourning as I write this. I use my smart phone to stand with Paris, to express my sorrow and outrage, to stay informed. On it, I just found out that there was an attack in Lebanon on Thursday, the day before Paris was hit. The Lebanese are wondering why there wasn’t the same global response to them that Paris received. Good question. And what about the Sunday, November 1, Russian plane bombing that killed the 224 people aboard while traveling from Egypt? On my phone, I’ve learned that artists and celebrities are canceling shows, events and tours not only in Paris but throughout Europe in reaction to the Friday the 13th attacks. We’re on heightened alert in the United States. Everyone everywhere is on heightened alert.

The scary thing? The world’s intelligence agencies, those who are shouldered with the overwhelming task and responsibility of keeping the world informed and safe from potential terrorist attacks, seem to have been unaware that these attacks were imminent. How could such a massive assault have been planned, coordinated and orchestrated in a city such as Paris without anyone knowing anything? The events that have happened worldwide over these last two weeks highlight the obvious: Things have clearly changed in how intelligence needs to be gathered and examined. If worldwide intelligence was unaware of the Paris attacks, the Lebanon attack and the Russian airplane bombing, not to mention the Paris commuter train attack that was thwarted by passengers (some American) in September − how can we be sure that the same thing isn’t about to happen at home in the United States?

Famous words come to my mind. In 1624, John Donne wrote in “For Whom the Bell Tolls:”

No man is an island, entire of itself; every man is a piece of the continent, a part of the main. If a clod be washed away by the sea, Europe is the less, as well as if a promontory were, as well as if a manor of thy friend’s or of thine own were: any man’s death diminishes me, because I am involved in mankind, and therefore never send to know for whom the bells tolls; it tolls for thee.

My smart phone is a wonderful tool that can provide me with so much. It can even help me translate “I am Paris: I am the World” into French as I did for the title to this post. It can find John Donne’s famous words that hold profound meaning centuries after the fact. But my smart phone is no Akashian Record. Unfortunately, it can never fully answer the existential question that so many in the world have with regard to these senseless attacks on innocents:  POURQUOI?

If I ever learn to tap into the Akashian Record, I’ll ask.