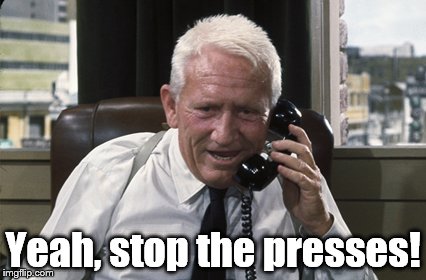 On this 23rd day of April, 2018, the Duchess of York, Kate Middleton Cambridge, has given birth to a new English prince; in Toronto, the driver of a van mowed down pedestrians — killing ten and injuring at least fifteen others at last check, along a half-mile stretch of sidewalk — thankfully, the driver was finally apprehended; the mass shooter at the Waffle House in Tennessee has now been captured; and George H. W. Bush is in the hospital but responding to treatment —

but I want to interrupt this busy news cycle with a development you’re truly going to want to know about — the status of my vehicle which I wrote about in yesterday’s post, Complications. Covering this breaking news story is David, my husband.

Me: So, David, what is the latest update you can give us on the status of said vehicle in question?

David: The van in Toronto? They caught the driver. The van itself is probably going to be impounded. It was white and rented from Ryder —

Me: No, silly! I’m talking about our vehicle! The Ford Explorer?

Me: As of yesterday, the “Check Engine” light was still on, but you said that I shouldn’t worry about it. I believe your exact words were, “Just ignore it!”

David: Yes, those were my exact words. However, it’s actually the “Service Engine Soon” light that’s been coming on and then going off, not the “Check Engine” light.

Me: Oh. So it hasn’t been the “Check Engine” light that I’ve been ignoring, it’s the “Service Engine Soon” light. I see. I guess I didn’t realize there was a difference.

David: In any event, I drove to Auto Zone today, so they could run a quick diagnostic. This is a free service they offer.

Me: This sounds like it’s turning into an Auto Zone commercial.

David: Not soooo much! Let me explain. I went inside the store and asked the guy there if he could determine why our “Service Engine Soon” light keeps coming on.

The Auto Zone guy said they don’t check ‘Service Engine Soon” lights because that means the vehicle needs an oil change. He told me they did, however, have the equipment to run a diagnostic on the “Check Engine” light.

So I told him, “No. That’s not right. Auto Zone’s used their equipment in the past to determine what the ‘Service Engine Soon’ light means on our SUV.”

He reluctantly said, “Okay, I’ll give it a try then.”

So he and I went outside to the Explorer and he ran a diagnostic. The equipment provided us with a code number, which we then had to go back into the store to decipher. He entered the number into their computer system and said kinda surprised, “Oooh! It looks like it involves some sort of a fuel sensor.”

So then I said, “Okay. What does that entail and do you sell that part?”

He pulls up and shows me a summary on the computer which said, “fuel sensor not working properly — needs to be replaced.”

I asked again, “Okay. Do you sell that part?”

Then he pulled up the part number and a picture of a fuel pump showed up on the screen.

I then asked, “Well, do I need a fuel pump or a fuel sensor?”

To which he replied, “I’m not sure but you need a fuel sensor that’s part of the fuel pump assembly. So you’ll need to purchase the entire fuel pump.”

I said, “So you’re telling me I need the entire fuel pump because I can’t just buy the sensor separately?”

I said, “Fine. Can you print out that page for me so I can give it to my mechanic?”

So the guy says as he’s staring at the computer screen, “Let’s see. I know you can do that somehow.”

I commented, “I believe you click on the button that says ‘print.'”

He did that and a box popped up on the screen that gave him the option of ‘YES’ or ‘NO.’ He clicked ‘NO.’ Nothing happened. He clicked ‘NO’ again and still nothing happened. Finally, he decided he’d better call over a supervisor (in this two-person store.) The supervisor looked at the screen and adroitly suggested he click ‘YES’ instead of ‘NO.’ Then the supervisor walked away. But lo and behold, we then had a printed picture of the fuel pump dragging along the fuel sensor. (And that’s why he’s the supervisor!)

As I was leaving, I said to the guy that was helping me, “Do you have any idea how this fuel pump is installed? Is it necessary to drop the fuel tank?”

He said, “I think so, but I’m not sure. In one of my cars, it was simply installed through the side,” (meaning it wasn’t necessary to drop the fuel tank.)

Not wanting to call the SUPERVISOR, again, to confirm what the guy helping me said, I took my printed copy and left.

Me: So to summarize, David, I believe what you’re telling me is that we need a new fuel pump — at least according to the diagnostic equipment at Auto Zone.

David: No. What I’m telling you is that the guy at Auto Zone didn’t have a clue what the hell he was doing, but it’s only the sensor in the fuel pump that isn’t working, which isn’t the same thing as the entire fuel pump not working. Which is what I suspected all along. So you can continue to ignore the “Check Service Engine” light.

Me: So how will we know when the entire fuel pump goes out?

Me: So what you’re telling me is that our “Check Service Engine” light is like The Little Boy Who Cried Wolf? It’s telling us it needs help, but it really doesn’t need help?

Me: Except, when it really needs help, it won’t be the little boy that gets eaten by the wolf, it’ll be that we just won’t have a car that will start?

Me: And you see no reason to replace the fuel pump at this point?

David: There’s no reason to replace it. Trust me. I know what I’m talking about.

Me: Even so, this is why I’m the wife who gets to override your decision on this matter.

David: Oh, no, you don’t. That would be crazy to do that! Do you know how expensive that would be? We are not replacing a perfectly good fuel pump just because the sensor’s wonky.

Me: Wonky. Is that a technical term?

David: Yes. Yes it is. I learned it from the guy helping me at Auto Zone.

Me: And tell me, again, how do we know when the fuel pump is going out?

David: It will either work or it won’t. And if it stops working, the Explorer won’t start.

Me: So why the hell have a “Service Engine Soon” light if it doesn’t come on to tell you when your fuel pump is going out?

David: No, when the fuel pump goes out, that light will definitely come on.

Me: But not before?

David: Well, why would it?

David: That’s why we ran the diagnostic. Weren’t you paying attention?

Me: Yes, and I definitely don’t want our fuel tank to drop out! “Adroitly” or otherwise! That sounds expensive and unsafe! Potentially explosive, even!

David: What the hell are you talking about? No one said our fuel tank was going to fall out of the Explorer.

Me: I’m pretty sure that’s what you said.

David: No it’s not. But I do have a News Flash! I just returned from running my daily errands and have discovered that the “Service Engine Soon” light is no longer lit, which means — we don’t have to replace the fuel pump sensor, the fuel pump or need to get the oil changed!

Okay, Wayward Friends, clearly David and I are having a miscommunication. At this point, I’m brain dead. Will someone please explain how it is that I’m failing to make it clear to my husband that I don’t want our car (the one I drive) to just stop working and/or have our fuel tank drop out and what the hell the fuel pump sensor has to do with any of this?! I’m so confused right now, I’m — speechless.

BTW, this is all David’s fault, right?