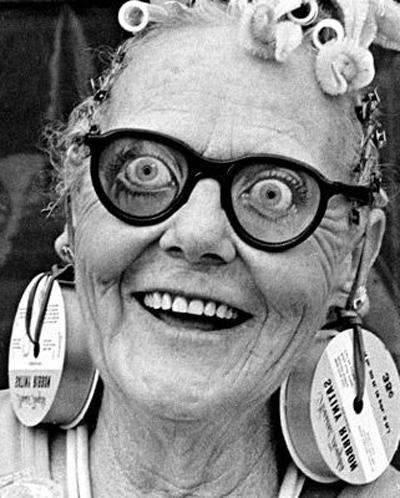 If you’ve read my About Page, you know that one of my favorite things to do is listen to and/or read other people’s stories. Today, I have the privilege of presenting you with a very entertaining tale by my blogger friend, humorist and author, Allen T. St. Clair from The Midnight Goose. If you’re a regular reader of Wayward Sparkles, then you already know how much I love his blog and his books. Allen offers new material throughout the week on The Midnight Goose, and he is usually the first place I go to in the mornings to read whatever he’s provided for the new day. I’ve been inspired to write posts on numerous occasions by Allen and I’m constantly learning from him. Anyway, I adore this man, he has a lot to say and he has excellent taste in music. But wait, y’all —there’s more! Allen also knows how to cook up some mean squash ragout among other tasty treats! I’m terribly excited that he’s agreed to write a special post just for you, my Wayward Friends! I hope y’all show him lots of love! Last but not least, I’d like to say that Allen is an incredibly complex person who knows some * ahem* fascinating people. However, I never knew that he knew people who were literally out-of-this-world. But, DUH, of course he does! ~ Enjoy! Mona

Squares Are From Earth, Pot Dealers Are From Venus

When I was 17-years-old, I met a pot dealer who was from Venus.  Yeah.  I’m jumping right into the meat of this story.

To answer your immediate questions—no, I have neither any mental disorders nor any drug inducements that this proclamation can be blamed on.  However, I’m not just pulling this fact out of my ass or anything—the pot dealer herself told me she was from Venus.  Not that I believed her, but that’s neither here nor there and really has no bearing on the believability of this story as a whole, so we’ll just move on.

So, when I was seventeen, I had a friend who smoked pot.  I’ve never been a pot smoker.  It makes me dizzy, hungry, and sleepy (in that order).  Since I’m a fatty, I feel that way all day for free—so why spend twenty bucks, ya’ dig?  However, it’s important to know that my friend was a pot smoker, ‘cause that’s how the pot dealer comes into play.

My friend, who I shall not name since I’m on enough people’s “Shit Lists”, worked at this factory.  They made foodstuffs.  Let’s say it was cakes and pies and shared a name with a popular search engine.  Just for funsies.  And he happened to have a coworker who grew and sold pot out of her house.  This was when I was seventeen, so that was 22 years ago—last century.  Growing pot in your house and selling it out of your house was not legal…anywhere.  So, of course, when this coworker of his asked if the two of us would like to come over to her house to “chill” one evening after work, what else could we say but “yes”?  I mean, a little felony never ruined a life, right?

Skipping ahead here, we had been at her house for literally 5 minutes, I had just sat down at her kitchen table, and she gives me the most earnest look I’ve ever witnessed before or since.

“I was born on Venus and came here when I was just a toddler.” She stated in a reverent tone.

Well.  I mean.  I’m from Iowa and also came to Texas when I was a toddler, so we all have a past, right?

Look, I know what you’re thinking.  Why didn’t I stand right back up, thank her for the lovely evening, compliment her lovely décor, and skedaddle?  Something to know about me—when shit like this (of the epic proportions kind) goes down, I’m strongly compelled to pull up a chair and take in the show.  I have no survival instinct if I know that I’m going to be front row at the Shit-Show-Express.

“Okay.  I’m listening.”  I responded like any human would.

I glanced at my friend and he was just shrugging.  Apparently, this wasn’t his first rodeo with this particular Venusian’s compelling and totally believable life story.  He’d seen some shit with this lady already and he just wanted to keep her happy and buy pot.  I had to pretend that this obviously completely sane individual came from a planet with clouds made of sulfuric acid, an atmospheric pressure that is 92 times that of Earth’s, and a surface temperature of 843 degrees Fahrenheit.  Got it.  We were in for the long haul.

So, this particular Venusian—first and last I’ve ever met, as an aside—proceeded to start speaking in what could only be described as “tongues”.  Obviously, my reaction was to look around to see if there was any religious statuary or pamphlets about.  My friend was Pentecostal, so maybe she went to his church, too?

“That’s the Venusian language that we all speak.”  She told me with a proud smile.

“It’s amazing that you still remember it after all these years.”  I nodded at this middle-aged woman.  “Wait.  ‘We all speak’? How many Venusians are about then?”

My friend actually kicked me on the shin under the table.  Apparently, I wasn’t supposed to encourage the pot dealer with a mental disorder.

“Oh, just tons.”  She responded. “We have to keep quiet about it, though, obviously.  The government hunts us down.”

“Of course.”  I nodded again.  “I mean, they’d probably want to dissect you.  And probably steal technology secrets you obviously possess. Do they grow pot on Venus?  Is that a thing your people do?  Or does all that carbon dioxide in the atmosphere and scorching heat make that too difficult to bother?”

“Oh, we brought pot with us to Earth to help save the human race.”  She smiled, enthusiastic at my showing such interest. “We want humans to understand how good pot can be for them.”

“Well, that’s really admirable.  You should definitely start giving it out for free, shouldn’t you?  I mean at some point pot, if it’s so good for us, should be essentially free.  Like air or water.”

This pot-dealing-tongues-speaking-freak sat back in her chair, suddenly, a very concerned look on her face.  My friend kicked me again.  What?  I didn’t know proper protocol for telling Venusian drug dealers that they should give their product away for free.  This chick was from Venus.  I figured that she would be an advanced being that could easily understand logic such as this, right?

“That makes a lot of sense.”  She frowned at me, looking like she wanted to kill me all of the sudden.

She then shoved a bag of, what seemed to me, like a lot of marijuana at my friend.

“I have to make a call to my parents now.”  She stood.

“Are they still back on Venus?”  I asked as my friend jerked me out of my seat and towards the door.  “Sending a letter might be cheaper.”

Basically, my friend shoved me out of the Venusian’s house as I asked questions about long distance rates and calling cards.  The whole time the pot dealing Venutian glared at me.

My friend shoved me in the car and got in, quickly, but discreetly pulling out and driving away.

“Why did you have to fuck with her?” He groaned. “You know she’s crazy.  She started a fire at work a week ago!”

“Well, she’s from Venus.  She was probably cold.”  I shrugged.

Apparently, the Venusian was really cold because a week later she set a bigger fire at work.  She got to spend a few months at a mental hospital due to that and I never saw her again or heard anyone mention her again.  Maybe she went back to Venus?  But my friend said that that free bag of weed lasted him a month.

I interpreted that to mean that my lack of survival instincts is handy when dealing with pot-smoking-tongues-speaking-freaks.

P.S. A very special and happy birthday to my friend Kat! Have a great birthday week! It’s not Blondie, but I hope you like it anyway!