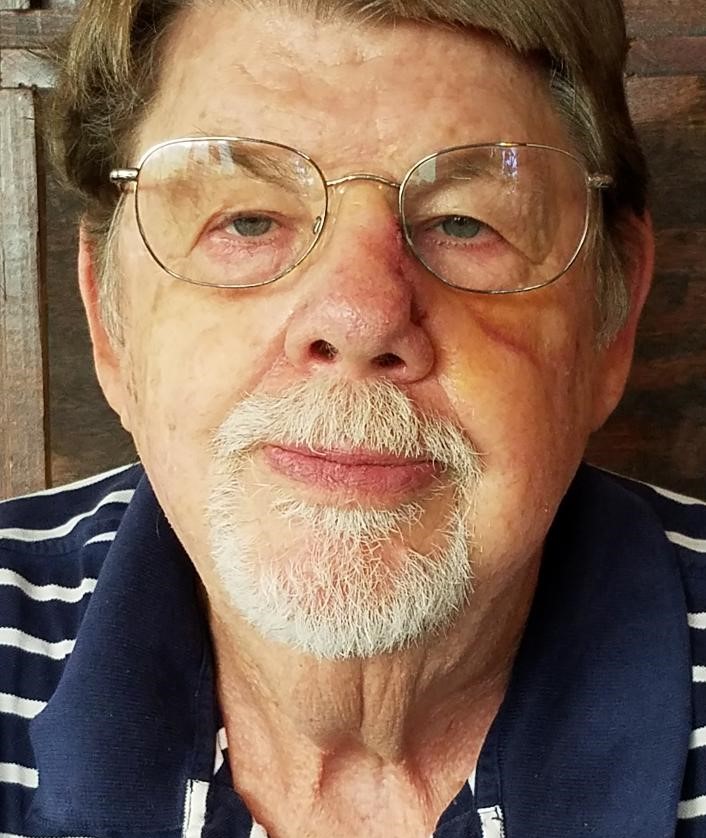 *graphic photo of a stitched up nose to follow*

As if he couldn’t get any BAMF-ier than he already is, my beloved husband just can’t seem to stay off my blog. Here he is with his late summer 2019 look.

Yep, David had another basal cell carcinoma removed about a week ago. The stitches came out today and other than the fact that one side of his nose is drooping a bit lower than the other side — well hell, “asymmetrical” is quite fashionable this late summer, is it not? 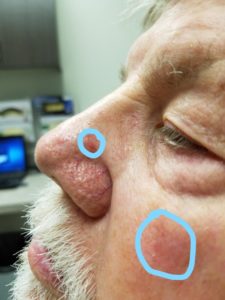 The cancer appeared on his nose this time and, again, the plastic surgeon had to step in to sew things up once the cancer was excised by the first surgeon. The first surgeon only had to go back and cut twice instead of having to excise five times, which was necessary two years ago, before all edges around the area were declared “clear.” So, yay, for that! Alas, the red spot on his cheek is pre-cancerous. In late August, we have to go back to the dermatologist so they can freeze this area so, hopefully, it won’t become a full-blown cancer.

By the way, David greeted me in the recovery room after the plastic surgery by telling me that the surgeon had to use skin from his ass cheek to repair his nose! I said, “Well, I bet that just chaps your ass, doesn’t it!” But then it turned out that he was just kidding. He’s a riot, that one! So I guess his surgery went well and it was literally “no skin off his ass, even if it was skin off his nose!” HA HA HA!

Anyway, with this surgery, we were prepared for what was in store for him this time around. We coordinated with the different doctors and everything! Is it sad or what that we’ve become so accustomed to David having to get his face cut up and sewn back together that we now know what to do and how to handle it like pros? There are some things you just never want to get good at and yet — here we are!

The better news is that this carcinoma is gone and David’s recovering nicely! He even got the green light from the plastic surgeon to go out and play golf if he wants…in 100 degree heat.

David, my Love, has getting your face cut up and sewn back together again (several times now) not taught you anything about staying out of the stupid Texas sun, especially in August, for Chrissakes?!!!!

No. The answer is no, David. I don’t care what the doctor told you. Not in 95 degree heat either. Not even with sunblock. And a wide-brimmed hat. Not even with Gatorade in hand and a bunch of minions holding umbrellas all around you. Just NO. This is chillax indoors weather until further notice!

Thank God we have more episodes of Downton Abbey to watch. Hopefully, by the time we’re done with those, the new season of Jack Ryan will air.

Just a reminder to everyone — please don’t skimp on the sunblock — or better yet — consider staying out of the sun altogether — because skin cancer caused by sun damage that happened years or even several decades earlier (as my husband’s discovered) is no fun and no joke. Unfortunately, we suspect that he’s in for more of these “cut out and sew up” sessions as time passes. We are thankful, however, that he hasn’t had to deal with melanoma. (Knock on wood!)

Sometimes, there just aren’t enough frozen margaritas; but I hope y’all continue to have hot fun in the summertime, anyway!