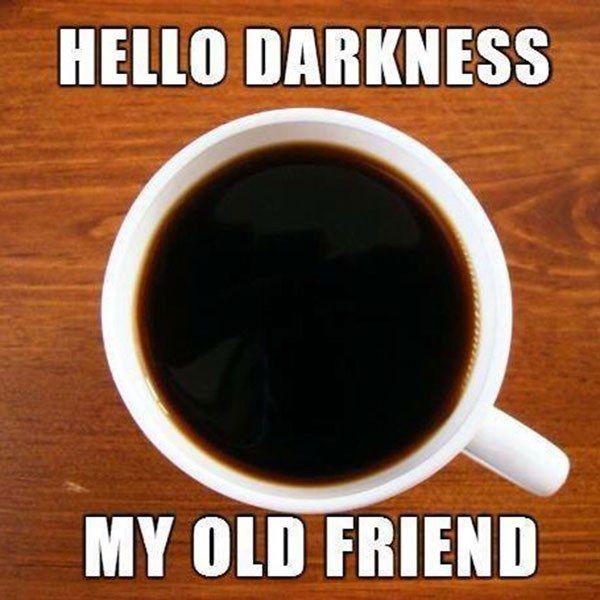 For instance, when he went into surgery a couple of years ago and they took a great big chunk out of his face because of squamous cell carcinoma and left a huge gash/scar that seeped with blood when we got him home and then his entire face turned black and blue over the next several days — that was shocking and concerning. He’s tripped and fallen, of course; but then, haven’t we all? I tease him that when he’s feeling left out, he does something dramatic so I’ll write about him in my blog. Even so, he’s never scared me as much as he did last Thursday morning.

That, of course, means that I’m writing about him in my blog.

I work just off our kitchen in the area that was once a walk-in pantry. We converted that space into my office years ago. It provides enough exposure so that I can keep an eye and ear on what’s going on in the house, while also allowing enough privacy so that I can focus on whatever I’m working on. Lauren’s been working at the kitchen table because of the stay-in-place orders. That area gets great sunlight in the morning. Sitting there, she can see just about everything going on in the kitchen and living room. Lauren and I were both working and everything was normal and ordinary; a typical Thursday morning. Lauren was on the phone speaking in jargon that I neither understand nor care to. I was at my computer responding to someone who’d commented on my last blog post.

From where I was sitting, I couldn’t see him, but I could tell that David had walked into the kitchen — as is his routine — and started making coffee. I heard the water faucet turn on and off. I heard the coffeemaker start brewing. Lauren and David were doing what they normally do. These are the sounds, the background noises, I listen to when I write every morning.

Then I heard him bang into something and cry out.

Okay, that happens. We stub our toes. One of the dogs or cats gets underfoot and causes us to trip a little and we might bang our knee into the cabinets.  I thought that was probably what happened. It’s painful, sure, but not a big deal. As I told the ER doctor, “There’s always someone cursing or yelling or banging into something at home, so I didn’t initially think anything of it. It was my daughter’s scared voice that alerted me something was wrong.”

I heard Lauren say loudly to David, “Are you okay? Dad? DADDY!” I heard her tell the person she was on the phone with that she needed to go. By that time, I was beside David. He was on his back on the floor, convulsing and throwing up. David couldn’t answer me. He wasn’t coherent. I rolled him to his side so he wouldn’t choke. I told Lauren to call 911. Maybe she was already calling 911 by then.

I thought I was watching my Beloved die.

David woke up before the paramedics arrived.  He looked at me puzzled and angry. “What are you doing,” he asked. “Get off me! I need to get up.”

“No,” I said, “the paramedics are on their way. You’re staying right where you are.”

“Paramedics? That’s ridiculous! Cancel that. I don’t need paramedics and I’m not going to the hospital.”

I said, “You passed out. You were convulsing. You threw up.”

“What are you talking about? I did not,” he insisted.

The five fire department guys/paramedics who showed up wouldn’t let him get up either. His blood pressure was too low. As I ran around getting his medications so the paramedics could write them down and got myself ready to go to the hospital, I heard one of the guys tell him, “Sir, I can’t let you. If you try to get up, you’ll pass out again. The only place you’re going to is the ER.”

I followed behind in my car to the hospital.

On the way, I alerted a family member on David’s side of the family to let him know what happened. He let everyone else know. We got calls from loved ones throughout the day checking on us and asking what they could do to help. Lauren took the rest of the day off from work and stayed home with Ryan, who was still asleep when David and I left for the hospital.

After checking David out to make sure he was okay, the ER doc let him go home with the instructions that —

he was to see his regular doctor as soon as possible,

he wasn’t allowed to drive until then,

no golf on Friday,

he was to take it easy for the rest of the day,

and he shouldn’t take the one pill he’d taken that was the only thing different from his normal routine. The ER doc suspected that this new pill was the culprit; although, there was no way he could determine that for sure.

Lastly, if David passed out again or started to feel really bad, he was to come back.

David spent most of Thursday in bed.

I checked in with him every so often. At one point, he called me on his phone to ask about his coffee, “Hey, you didn’t throw my coffee out from this morning, did you?” I told him that honestly, I hadn’t thought about his coffee. I’m sure it was still sitting on the counter. He said, “Good. I was worried you did. Don’t throw it out. I’ll heat it up and drink it later. It’s still good.”

And that, ladies and gentlemen, is my husband — more worried about his coffee than anything else.

Apparently, David had an adverse reaction to a new medication. He’d seen our doctor two days prior for his regular physical. David only had the opportunity to try the new pill once. When we finally saw our family doctor again on Friday, he tweaked several of David’s meds. He took him completely off the pill in question. That pill is now on the list of pills that David will never take again. Actually, it’s the only one on that list since David’s never had anything like this happen to him before. Our doctor assured us this was a one-time event. He told us that David’s fine now. David could even drive. He could do whatever he felt like.

Life’s been weirder than normal since last Thursday morning. I’ve been weirder. I’m trying to maintain calm and just let things get back to the way they were, but there’s worry in the small, quiet areas of my mind where there once was none. I told David that he’s just going to have to bear with me for a while. I might be a little overcautious with him until I feel more comfortable. What I didn’t tell him is that I can’t shake the image of him lying there on the kitchen floor. I felt so damned helpless to do anything other than cry out for help and pray that help arrived in time.

I feel like David and I have crossed over some…line; although, I can’t really explain what I mean by that. I’m just glad he’s okay and ornery as ever.

I love you, David. Please don’t do anything like that again.

Also, thank God for Lauren! She’s the unsung heroine in all of this. I love you, too, my Girl, and I so appreciate all you do!

Thank you, Family, for all of your love and support!

I want to thank everyone who helped us on Thursday — all of the staff at the hospital and all of the paramedics who came when we needed them. You truly are badass heroes and our family appreciates you!

MOST OF ALL, THANK YOU, GOD, FOR EVERYTHING!

Forgive me for the self-indulgent music selections.

Peace to you all and please take care of yourselves and one another,