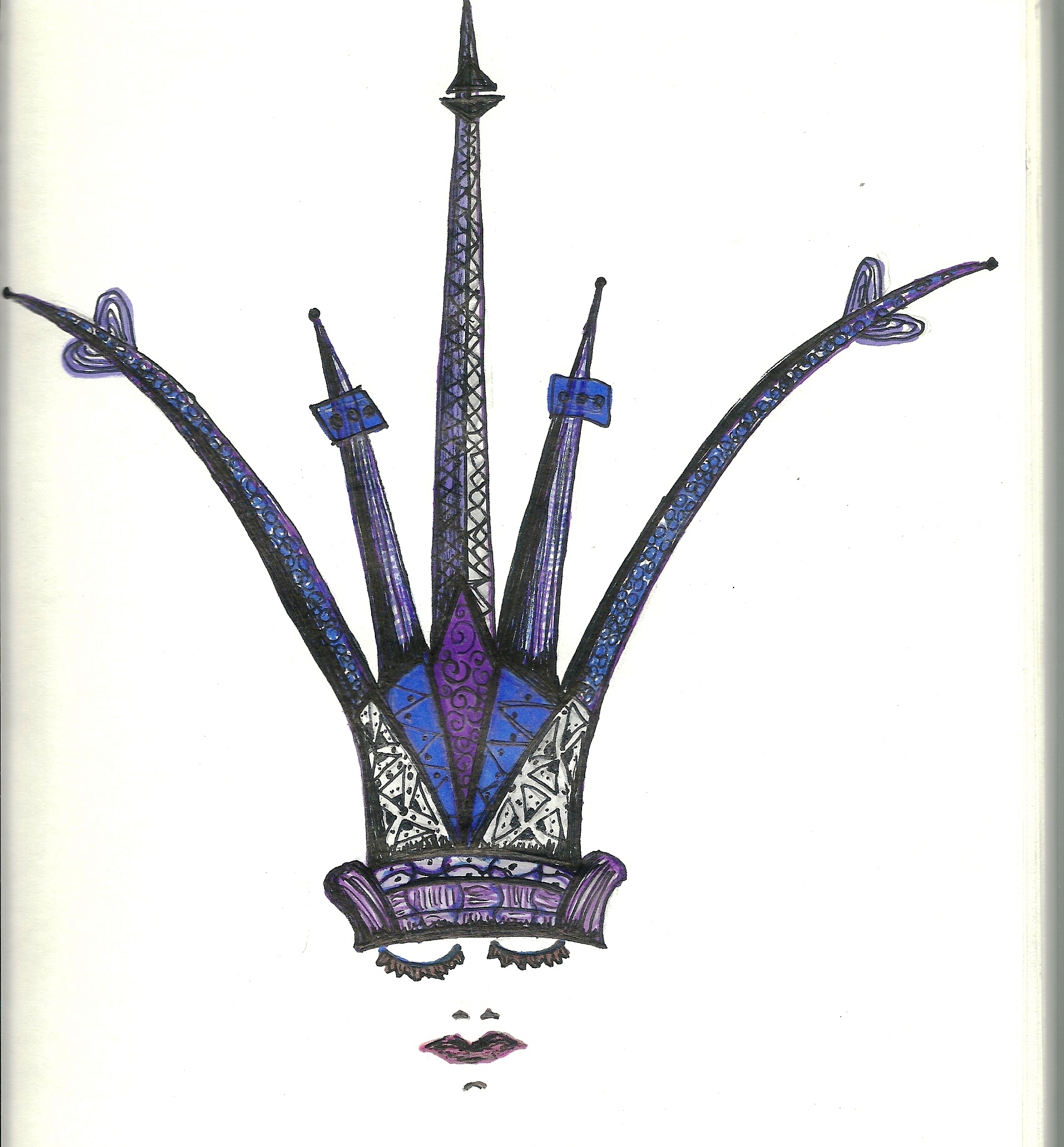 David and I went to Sam’s Club yesterday (Saturday) during a brief interlude of the torrential rain we’ve been getting over the last couple of days, so we could get things like his new eye glass prescription filled and – as we used to call it in Girl Scouts, the “VIP” – the very important paper − which we buy in bulk. I know. Too much information.

While I waited for David to finish ordering his glasses, I mosied on over to the magazine section and came across a terribly exciting  find − a COLORING BOOK – FOR ADULTS!

Even though they’re all the rage right now and I usually shy away from  trends, I’ve kind of been wanting one even if I don’t really have time to color.

Okay, full confession − I did buy several adult coloring books along with a brand new set of markers for my dad for his 80th birthday back in July because he’s creative and he has a hard time sleeping at night. This is supposed to be a relaxing activity, and I thought that coloring right before bed might help him get a good night’s sleep − but my well-intentioned gift fell short of its goal.

Dad was amused when he first opened up his gift. I’m sure he thought, “Okay, I’m 80 today and I know my family is going to get me a really awesome present like a trip to Europe or a brand new Hummer. These coloring books have to be a prank gift before I get my real present.” And in all fairness, I suppose if I were him, that’s what I would have thought too. And it’s not that I didn’t want to get Dad something expensive − but you know, I’m money poor and he’s both money and health poor. I’m not sure he could have gone on trips to faraway places or afforded the gas for a Hummer even if I could have given him one.

Also, it’s not like I got him coloring books full of pretty ballerinas or daisies. These were cool, manly coloring books − with cars, Harley Davidson-like motorcycles, skulls and dragons, tattoo art and other masculine designs. I also got him markers and colored pencils because crayons scream “child” and I wanted to be respectful − even though I like crayons. Still − according to Mom − after everyone left and Mom and Dad were alone, Dad complained, “Why would Mona buy me color books? I’m not a little kid!” And now he won’t touch them. So, even though I explained to Dad why I got him coloring books sans crayons, apparently, he was in so much shock, he must not have heard a word I said – or else he just forgot − or maybe, he simply can’t retain this kind of information because he isn’t getting enough sleep at night. So, yeah, this was not his favorite gift from me and I offended him as well.

Needless to say, Dad didn’t get coloring books for Christmas. Nope, this Christmas, he got a can opener. You know why? Because that’s what Dad wanted. And since I let him down on his birthday, I wanted Dad’s Christmas gift to be something he asked for! And I would have ordered the damned can opener a lot sooner − had I known about it − but since Mom didn’t tell me he wanted this one and only thing in enough time to get it online before Christmas − because Dad didn’t know he wanted this specific thing until the last minute when he saw it on an infomercial − I agreed to hunt one down.

I have to say at this point − Dad’s insomnia probably would have been resolved by now if he were to have just tried out the damned coloring books back in July. If his insomnia had been resolved, then he probably would have never even seen the damned can opener infomercial during the dead of night − because he would have been sleeping. So, just saying − Dad’s insomnia was the cause for this year’s must-have-present that was virtually impossible to procure last minute − that one problem gift I go crazy trying to hunt down every year − only with the added stress of guilt this year!

Guilt can make one do things they wouldn’t normally do. For me, that included breaking the one rule I live by to keep my sanity during this time of the year − never go to malls or Wal-Mart between Thanksgiving and New Year’s Day. And let me tell you, while I eventually found one, it was a complete bitch trying to track down any hands-free can openers, let alone the name brand he wanted − because not even Santa could have gotten that specific brand at a brick-and-mortar store three days before Christmas anywhere in the area I live!

But you also know what? In the end, Dad loved his can opener, even though it wasn’t the brand from the infomercial! All for you, Dad, because I love you and you’re worth it!

So, while Dad may be too grown up to enjoy adult coloring books − and by “adult,” let me be clear − I’m not talking about pornographic coloring books, though, now that I think about it, they probably have those as well – and if they do, what else would they call them if not “adult?” But if they don’t, someone probably should consider making pornographic or “adult” coloring books because they’d probably make a fortune. The sex industry is a multi-billion-dollar-a-year industry and − here I go, giving away all of my good ideas that have the potential for making me rich. And yet, drawing or doodling peoples’ “beans ‘n franks” or “velvet tacos” isn’t the way I want to get rich, but that’s just me. Anyway, for anyone reading this who becomes inspired to doodle their way to x-rated, adult coloring book infamy − and it ends up making you a fortune − you’re welcome!

What I mean by “adult” is that these coloring books are for those who have reached the age of majority − regardless of sexual proclivities. Sex has nothing to do with this, y’all, and even I’m going ew right now because I was telling you a story about how adult coloring books didn’t work out as a good gift for my 80-year-old dad even though I, an adult woman, would have enjoyed getting them and now I’m talking about sexual proclivities and body parts using food metaphors and − how the hell did that happen? Ew, Ew, Ew!

I think where I was going with this is that even though Dad doesn’t appreciate coloring books, I’m an adult who would enjoy receiving an adult coloring book as a gift − with or without insomnia! And, again, let me be clear, I’d like getting the non pornographic kind. Except now, my brain is wondering what a pornographic coloring book looks like. And now I want to browse through one. So, whoever is going to make these x-rated coloring books, hurry up, will ya − and then send me one copy − at your expense − in a brown paper wrapper so the neighbors and mail carrier won’t know what you sent me. Remember: I’m the one giving you the idea that is going to make you the fortune. So, I don’t think I’m asking too much in return.

ANYWAY − because my time is so limited, I can’t justify sitting down and coloring unless it’s for a good reason like some cute, little kid that I’m related to wants me to color with him or her. Unfortunately, cute, little family members are few and far between at this point in my life.

Still, yesterday at Sam’s, I finally decided that − hey, it’s basically still Christmas, not New Year’s yet, so what the hell − and why not? If I want a coloring book that I don’t have time to color, by damned, I’ll get myself one. And I got it. I’m so glad I did.

Not only does it have great pictures and designs to color, but the book also gives instructions for zen doodling, which is − well, they’re really cool doodle designs − all of which I must learn because my Muse tells me I must. My Muse also insists that I incorporate doodling into some of the canvases I design, create and sell. That business, btw, is also suffering from major time constraints. Sigh!

Anyway, I’ve told you all this as explanation and introduction to my very first, original doodle drawing that I created last night. That’s what’s at the bottom of this post, which I’m sure you’ve already seen and have been wondering − what the hell is this and why did Mona put it there?

My drawing was inspired by three things: adult coloring books; an image I saw in a magazine of a crown from medieval times − the crown was from the middle ages, not the magazine;  and a song called, “Heavy is the Head” by the Zac Brown Band with guest vocals featuring Chris Cornell.

While my picture is far from perfect, I enjoyed creating this on paper so much that I can’t wait to do something similar on canvas. Hopefully, the canvas version will sell.

Anyway, I wanted to give you both a story and a picture from me because that’s how much I like you! Have a safe and happy holiday season and many blessings in the coming year!

Sparkle On, Y’all − in your own wayward style!