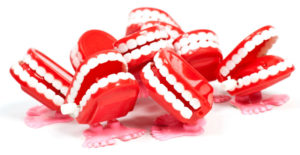 It snowed yesterday. I know it’s pretty and everything, but, you know, if I was meant to live in freakin’ cold weather and enjoy pretty winter scenery, I would have been born north of the D/FW area. But I wasn’t. And I haven’t moved to cooler climes either. Know why? Because I’d rather deal with one hundred plus degree weather any time over this wind-chill-in-the-single-digits nonsense. That’s why.

I decided when we got the ice storm fiasco early last December that, okay, let’s get this out of our system and we’ll be done with the cold for the season. I mean, it wasn’t even technically winter, yet, but, hey, I figured…we’ll get a few days of ice cold weather and ice, which will make us suffer a little with cabin fever because everyone knows that walking and driving on ice is only for ice skaters and Zamboni’s and not for sane people who get around by walking on their feet and driving cars with tires. Then we’ll call that winter and we can all go back to feeling slightly chilled with temps in the 50’s and 60’s until spring arrives. (Not to say that people who are ice skaters or drive Zamboni’s are not sane. Unless you’re like Tonya Harding or something when she went through that period of time which everyone remembers but she doesn’t really like to talk about anymore. But if you are like Tonya Harding or are Tonya Harding and it works for you, just go with it and ignore me right now.) And, I was even willing to make a slight exception on occasion−sure, let the temps dip into the 40’s or, okay, 30’s once or twice for a day or two this season, just so we still know it’s winter. Right? Right. So I think I’ve been reasonable about all of this cold weather…in Texas. Until now. Now I’ve reached my limit and the weather is just getting annoying as hell without any of the warmth to go with it! And I could care less right now how pretty it is outside all covered in freaking white!

Back in December, around my neck of the woods, we all called that blast of cold weather a “Blue Norther.” That’s what we’ve always called that kind of weather system that comes howling and screaming down into our lives from way up north somewhere. But all of a sudden, we’re now told that the “polar vortex” dipped far down and that’s what is causing all of …this. Sure. Whatever. Blue Norther, polar vortex−it’s all the same thing. Hey, the weather people said we even had days this winter when it was colder in the U.S. than on planet Mars. Can you believe that? The Red Planet much farther away from the sun than Earth was warmer than we were in some parts of the U.S! And I’m not sure exactly how they know these things, but they do. And I thought, geez, now that’s cold! But, we were only dealing with the 20’s where I live at the time and there were people up north that were dealing in the minus 40’s, minus 50’s even. Something ridiculous along those lines. So, I felt like I really shouldn’t complain when I’m not the one experiencing that kind of craziness. But now, the weather people are saying that it is colder here in Texas than it is in Sochi, Russia, where the winter Olympics are! So, now…now I feel justified in complaining. So here’s what I’d like to say−

HEY, COLD WEATHER? THE NORTH POLE IS CALLING AND IT WANTS ITS POLAR VORTEX BACK. OKAY? THANKS FOR VISITING, BUT IT’S TIME TO GO HOME NOW! SO…BYE, BYE! NO NEED TO CALL ON US ANYMORE THIS SEASON. IF WE FEEL THE NEED, WE’LL GO AND VISIT YOU INSTEAD! HAVE A SAFE
TRIP AND WE’LL SEE YOU LIKE…NEVER AGAIN SOUND GOOD? OR MAYBE JUST SEND US A SHORT POSTCARD OR SOMETHING IN JULY OR AUGUST. THAT MIGHT BE NICE. OH, AND ON YOUR WAY BACK? GIVE MY REGARDS TO PUNXSUTAWNEY PHIL, THAT FUCKING COWARD OF A GROUNDHOG! YEAH, I KNOW YOU MIGHT HAVE TO MAKE A LITTLE DETOUR EAST TO SAY HI. HMMM…OKAY. NO, NO. JUST FORGET THE GROUNDHOG! I DON’T WANT TO PUT YOU OUT. JUST GO HOME! STRAIGHT HOME. DO NOT PASS GO. DO NOT COLLECT…IS IT STILL $200?

BTW, don’t get me started on why I don’t think those living in Texas should ever let some stupid groundhog in Pennsylvania decide what the next six weeks of our weather is supposed to be like! I’m up for getting our own groundhog, People? Are you with me on this?

(Of course, there is one more theory out there about why it may be so freakin’ cold. On Big Bang Theory last night, Sheldon finally kissed Amy. On. The. Lips. And he liked it! Those Sluts! No wonder Texas froze over!)

Let me know what you think.